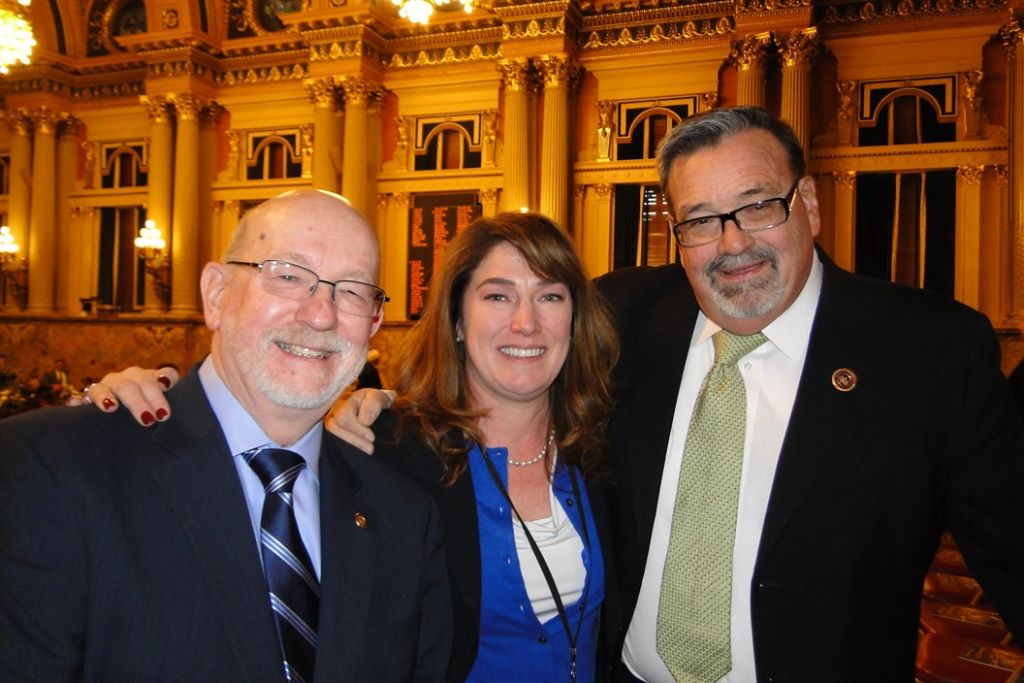 State Rep. Mike O'Brien announced on Wednesday that he planned to withdraw from the ballot as the Democratic nominee for the 175th District, and in the same report, ward leaders announced that they would immediately move to vote in his chief of staff, Mary Isaacson, as the replacement nominee. The meeting was scheduled just 5 days later—despite an August 13th deadline for filing a new nominee with the Department of State—leaving no time for an open nomination period, or any consideration of other nominees.

I, along with about a third of the other committee people in the 175th District, signed a letter calling on the ward leaders to postpone the vote until at least June 27th, and allow more time to consider more nominees, but three of the ward leaders chose to ignore this. 5th Ward leader Michael Boyle, in particular, had the most power to call the vote off, as his ward has the most divisions in the 175th District.

At Monday's meeting, which I attended, ward leaders Nikil Saval (2nd Ward) and Theresa Alicea (18th Ward) made a motion to delay the vote by one week, and the other three ward leaders voted against the motion. Michael Boyle (5th Ward), Peg Rzepski (31st Ward), and Tommy Johnson (25th Ward) voted against allowing more time.

At that point, the deal was basically done. Mary Isaacson made a short speech, and then 5th Ward committee people Neil Makhija and Urszula Miezio, who were in attendance, made remarks about the unfair process.

Makhija argued that this kind of closed nomination process is bad for the Democratic Party post-2016, and hurts all of our efforts to get more people participating in party politics. Miezio then questioned why Debbie Derricks, who received about 3,000 votes, wasn't ever considered for the appointment. During some of the back and forth there was a very interesting admission from 5th Ward leader Michael Boyle that he apparently polled some of the 5th Ward committee people about this, although not everybody believes they received that. Which of the committee people were polled, and was it done selectively?

Boyle and Rzepski argued at one point that, really, this was an open process because people had heard about it on Facebook, and some people had contacted them about the possibility of being nominated. Nevermind that there was never an opportunity for anyone to mount a real campaign for the nomination by trying to build support among the 100 elected committee people in the 175th District.

Boyle also claimed, incorrectly, that a different process would have violated the Party rules, and would have required a change to the rules. He suggested that Chairman Bob Brady (who was in attendance at the table, but did not make remarks) would have removed him as ward leader if he did that. As Makhija pointed out, western PA's County parties have similar rules, but the process that elected Conor Lamb in PA-18 was a convention of the committee people, followed by a vote of the ward leaders ratifying that outcome. As long as the process culminates with a vote of the ward leaders, as specified in the rules, there's no harm in running a more inclusive process first to determine that vote.

In the end, there were four votes for Mary Isaacson to be the nominee, with Nikil Saval abstaining from the vote. Saval strongly criticized the hasty coronation, and made an effective case for an open nominating process that really seemed to grate on Boyle, who typically allows committee votes on nominees under normal circumstances—except, apparently, when he's gunning to get his people in.

Nobody appears to have broken any rules here (although there is an interesting theory out there from Karen Bojar that Democratic City Committee never actually adopted the rules for this process, which were changed in 2014. Older rules called for a convention of the committee people in the affected wards, but the 2014 changes make it a ward leader vote only.)

But the way that Boyle chose to play this situation cut out any real possibility of a competition, and really betrays a lot of contempt for the committee people and the voters, and underscores the importance of the ward organizing project we started two years ago, and the importance of passing clear rules at the ward level to hold leaders accountable to committee members and voters.