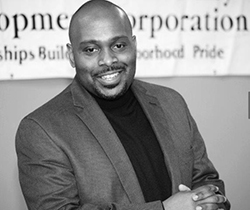 Following on the new Census numbers showing that Philadelphia's deep poverty rate actually rose in 2017, while wages fell a bit and the overall poverty rate remained the same at around 26%, Claudia Vargas and TyLisa Johnson's report that the city's primary anti-poverty office, the Office of Community Empowerment and Opportunity, is utterly ineffectual with the $65 million it manages is particularly infuriating.

By its own measures, the office is falling short. Out of the 25 goals listed in the 2013 Shared Prosperity antipoverty plan, four were listed as complete in the 2017 annual report and two of those had no clear connection to the office: the addition of more than 1,700 hospitality jobs and more than 25,000 new jobs overall in the city.

The office says it helped 4,720 people — about 1 percent of the city's poor —  sign up for benefits, 99 people improve their credit score by at least 35 points, and 45 people open bank accounts in the fiscal year that ended June 30. It also hosted 10 roundtable events with nonprofit groups to discuss antipoverty efforts, which usually drew a few dozen people.

People who have worked at the agency say ideas from the roundtables are not followed up or measured. "There's no strategy," said one former staffer. "It's just for the sake of getting our name out there."

The $7 million Work Ready program, the office's largest contract, has helped only 108 people get jobs—a bafflingly low ROI on that amount. In response to this finding, one oversight board member remarked that "if we gave them a down payment on a house or car, they would be much better served," which, while it sounds simplistic, would actually be a vastly better use of these funds, according to research on Brazil's well-regarded direct cash transfer program.

It's infuriating not just because of the implications of wasted funds, but because we know that many government programs have made a big difference in reducing poverty, particularly at the federal level, so there are examples out there of how we can best spend public funds to help the most people, and roundtables aren't it.  It isn't enough to have good intentions. If we're getting $65 million, we need to be spending it on strategies proven to get results.

The return of the general assistance program at the state level in Pennsylvania, thanks to successful litigation from the Public Interest Law Center, is a major opportunity to start doing a better job.

From PennLive's editorial lauding the return of the program:

"GA was a program that provided a small amount of money--$205 per month--to the most vulnerable individuals in Pennsylvania who were not eligible for any other programs. This included disabled or sick adults without children, domestic violence survivors, adults caring for someone who is sick or disabled, adults participating in alcohol and other drug treatment programs, and children living with an unrelated adult.

Ending the program caused widespread anguish and increased homelessness as 68,000 Pennsylvanians immediately lost benefits and others no longer had a chance to receive them.While $200 a month may not seem like much, it made a huge difference to many people in crisis throughout the state."

The Tom Corbett administration eliminated general assistance as part of Act 80 several years ago, but the Supreme Court recently ruled Act 80 unconstitutional, which brought back the program. It's unclear how it will fare in next year's state budget, assuming Republicans haven't had a change of heart about the program, but this is truly one of the most efficient ways to allocate our poverty-fighting dollars, in contrast with some of more administratively-intensive means-tested approaches that, ironically, tend to get marginally more support from conservatives.

We have a heavy responsibility to get this right. Instead of reflexively defending the office's track record, Mayor Kenney—and better yet, Controller Rebecca Rhynhart—should conduct a performance audit of the office and set it on course to better serve the city's poorest residents.