PA Judicial Gerrymandering Bill Advances, Could Be on the Ballot This Spring 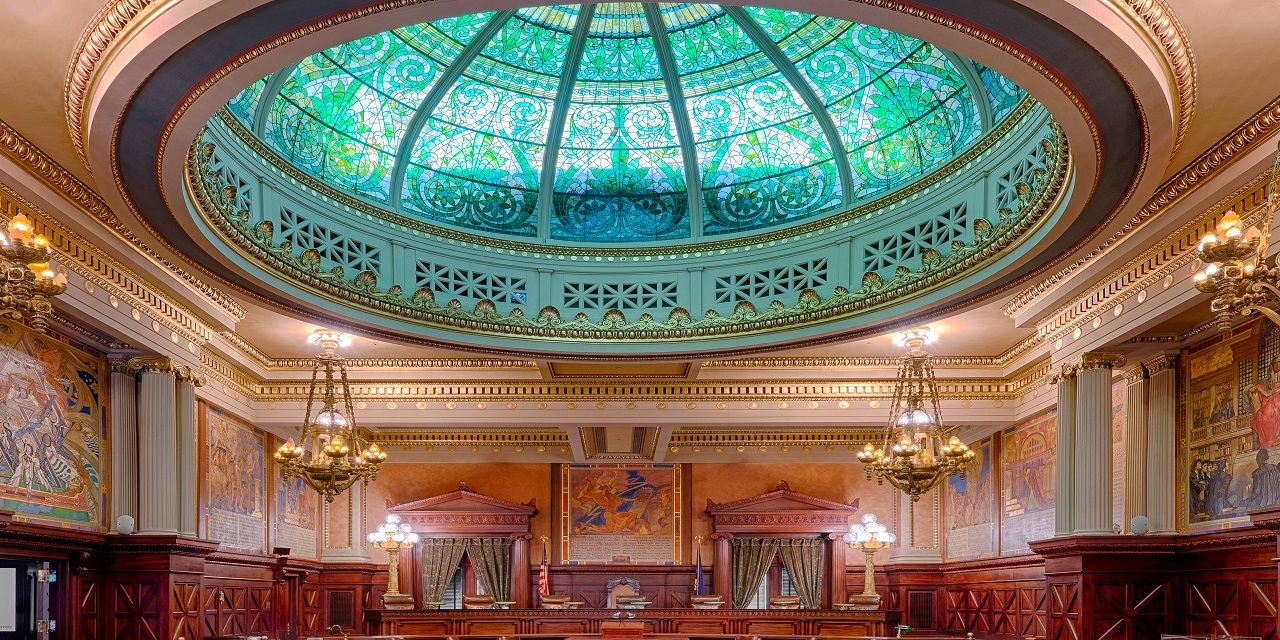 Fresh off the recent campaign to overturn the legitimate results of the 2020 election last week, Pennsylvania Republicans passed over a moment for introspection and instead pivoted straight to a naked power play to rig future statewide appellate court elections in their favor.

This week Republican lawmakers passed a constitutional amendment out of committee by a 13-12 margin which would gerrymander the judiciary with new arbitrary regional districts for state Supreme Court seats, Commonwealth Court seats, and Superior Court seats, for no higher reason than to make it impossible for Democrats to win a majority on the court in the future.

Miles Bryan explains what the bill would do, and why Republicans are pursuing this now:

The amendment would let voters choose to elect the state’s appellate court judges by region, instead of statewide — a move opponents say would “gerrymander the court.” The bill passed the GOP-controlled committee by a vote of 13 to 12 with two Republicans, Todd Stephens (R-Montgomery) and Natalie Mihalek (R-Allegheny), breaking ranks to oppose the measure [...]

The push to pass the amendment comes after Pennsylvania’s Democratic-controlled Supreme Court struck down several Republican lawsuits aimed at tossing out votes for invalidating Joe Biden’s presidential election victory. Democrats have held a 5-2 advantage on the bench since major victories in 2015. Republicans felt particularly frustrated by the court after it ruled in 2017 that the state congressional map passed in 2011 was an unconstitutional gerrymander. The new map that was ultimately drawn by a special master gave Pennsylvania Democrats more power in D.C. since the 2018 midterms. Soon after, Republicans introduced the concept of judicial districts — a move that many Democrats saw as retaliation.

If the amendment passes the full legislature soon, it could be placed on the primary ballot this May as a referendum question. Unfortunately, the Governor is unable to veto constitutional amendments, so there’s no role for Tom Wolf to step in, as with regular legislation. If it makes the ballot, expect the national parties and associated groups to pour money into PA this spring to try and persuade voters from both directions.

On the merits, this is an idea that never made any sense, since the legal questions these courts decide are statewide in scope, and there aren’t different types of law practiced in the different PA counties. Where candidates are from shouldn’t have any bearing on their legal views, but that’s all beside the point. The problem the amendment is solving for is the lack of Republican control of the Court.

While bad, it’s also not something that would have an immediate effect on this round of legislative redistricting. Democrats currently have a 5-2 majority on the Court, and there’s a single Supreme Court race on the ballot in 2021, for Thomas Saylor—one of the two Republicans—and then there won’t be another election until 2023 when Democrat Max Baer’s term is up. Terms are 10 years long, so Republicans may not be able to get control of the Court prior to redistricting, but the amendment would set up a likely rout for Republicans in 2025 when the three Democrats elected in 2015 are up for reelection.

Among the more concerning aspects of the amendment is that the judicial districts would also be drawn by the Republican-controlled legislature, effectively making the judges accountable to the legislature rather than the voters. Judicial elections in general aren’t a good idea for pretty elemental democratic reasons, but even so, the idea that it should be legislators determining the partisan valence of the state’s high Court is disturbing beyond just the partisan ramifications.

The Supreme Court is of critical importance for Congressional and state legislative redistricting, which will kick off sometime this year after the federal government releases the 2020 county Census data.

Currently, Democrats have an upper hand in the redistricting process because the Supreme Court sits in a tie-breaking role, and Democrats have control of the Court. Republicans have some strength in the redistricting process by virtue of controlling both houses of the legislature, but Democrats have the Governor’s office, and Wolf can veto the maps. And Democratic control of the Supreme Court means the Republican map proposal can only skew far to the right before the Court will throw it out. Then the Court will either make the parties come to a new agreement, or appoint independent experts to draw the map, like what happened after the Court tossed out the old Congressional maps in 2018.

That’s a powerful backstop, and creates a dynamic that blunts how much Republicans will be able to press their advantage in redistricting despite retaining control of the legislature in 2020. Hence the push to rig the future elections with this new judicial districting scheme, which offers them an alternative path to statewide competitiveness that needn’t involve moderating the party’s positions or political approach.