Pennsylvania: Don’t Be the Last-Mover on Legal Marijuana 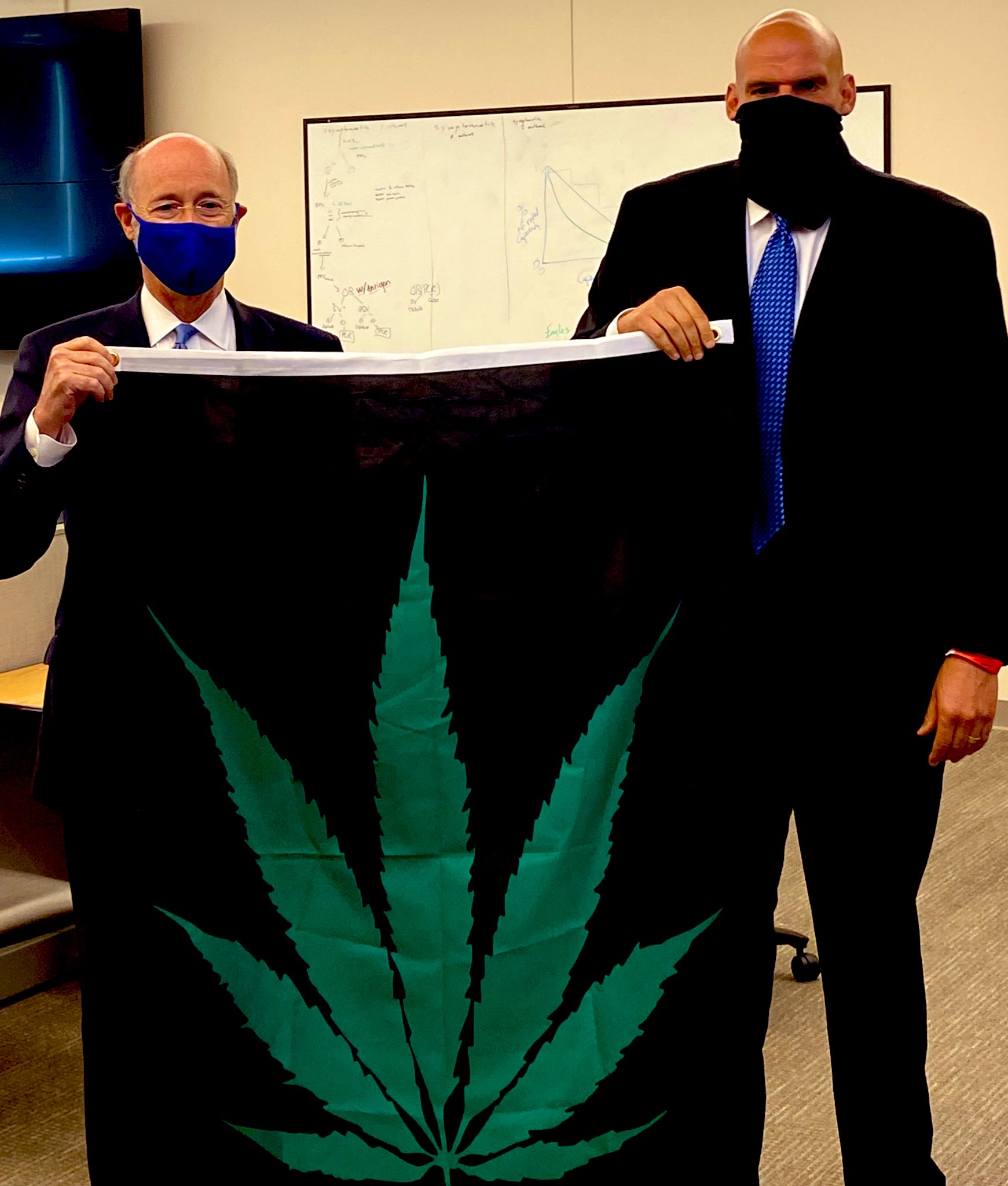 New Jersey voters overwhelmingly approved a ballot measure this November creating a constitutional amendment legalizing recreational marijuana sales in the state, jumping ahead of several other nearby states in the densely-packed tri-state area to create a legal marijuana industry.

This week, the New Jersey state legislature passed three bills advancing the rule-writing process for this, reports Sam Wood in the Inquirer.

The state’s Senate and Assembly voted first to create a new and legal marijuana industry from scratch and called for new regulations to be written within six months.

Both houses also approved a bill that decriminalizes possession of up to six ounces of cannabis. That second bill is designed to stop arrests and expunge criminal records of low-level marijuana offenses. The third bill, meanwhile, will reduce penalties for possessing psilocybin, also known as magic mushrooms, from a felony charge to a disorderly persons offense.

The law will limit the number of growers for the first two years to a total of 37. The state currently has 12 medical marijuana facilities in operation. The law will distribute tax revenues to the communities with the most drug arrests and prosecutions. The law will give businesses the right to drug test employees suspected of being intoxicated on the job.

The “New Jersey Cannabis Regulatory, Enforcement Assistance, and Marketplace Modernization Act” provides the blueprint to create a new business sector. Some industry experts believe it will create thousands of jobs and generate $2 billion in revenues a year.

Pennsylvania of course shares a long border with New Jersey, with Camden right across the river from Philadelphia. And there are other large PA population centers just across the New Jersey border too, like the Lehigh Valley, PA's third-largest metro area. And with the New York mega-market just a stone’s throw away too, the move by New Jersey voters turns the pressure all the way up on other nearby states to approve their own recreational marijuana laws quickly, lest they find themselves exporting many millions of dollars in tax revenue to the Garden State.

Other states close to New Jersey are getting ready to move on this. New York state finally has an actionable Democratic trifecta with the Governor and state legislature, and it’s only a matter of time before a recreational marijuana bill passes there in 2021. Governor Andrew Cuomo himself has said the COVID-induced state budget crunch will force the legislature’s hand to legalize recreational marijuana in 2021. There is also expected to be another legislative push in 2021 in Maryland.

At this point, for Pennsylvania lawmakers, the question is no longer “if,” but “when,” and yet some stubborn fraction of the state legislature, representing a minority position in the court of public opinion, still seems determined to go down proudly losing the jobs and revenue race.

New Jersey leaders expect the regulatory process to last about 6 months, so the clock is ticking for Pennsylvania to reach a broadly acceptable solution and make it through our own rule-making process not too far behind. The places that are first-movers are going to attract more regional market share and tax revenue from other states, along with tourism, and gain some permanent advantages over other states during that window of time.

The good news for Pennsylvania is that several states have now gone through this process, with more best practices to draw on, so state lawmakers and agency staff don’t need to start from scratch. But they do need to take some big steps forward in 2021, and the first step is persuading the remaining hold-outs to see the writing on the wall.

Subscribe to our weekly email newsletter for the latest political news, analysis, and action alerts about Philadelphia and Pennsylvania politics and policy