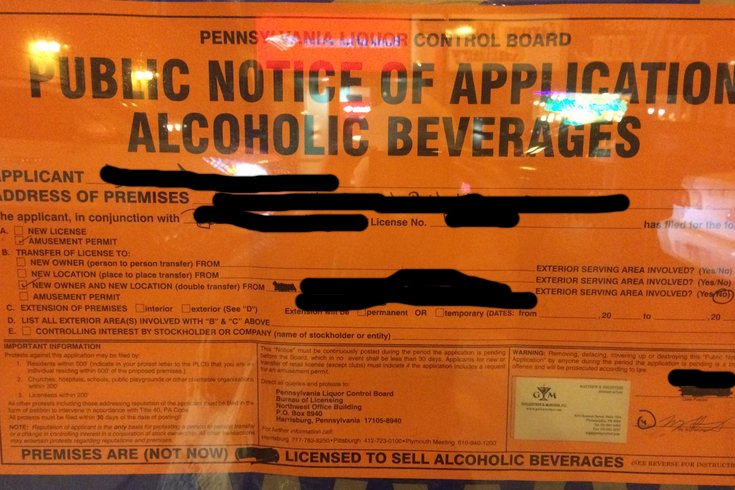 Pennsylvania state law prevents the Liquor Control Board from just printing however many liquor licenses restaurant owners want to buy, and as a result, the state has too few licenses available and the prices are getting out of control.

The way things are going, it’s going to become much more difficult for any independent businesses to afford a liquor license in the future if the state legislature doesn’t wake up and take action to reverse the runaway inflation, which is being caused by a series of decisions made in the recent past by the courts and prior legislatures.

Attorney R.J. O’Hara makes the point well in this week’s Inquirer article about the ongoing saga where the PLCB wants to block a state Rep’s Right-to-Know request to uncover the total number of liquor licenses that are available for sale.

“R.J. O’Hara, an attorney who specializes in Pennsylvania’s liquor laws, said he’s seen firsthand how rising costs for liquor licenses, and the complicated procedures for obtaining a license, have hurt small businesses.

With supermarkets and other private retailers entering the liquor market, demand for licenses has skyrocketed, inflating their price.

“So now all of a sudden you have all these grocery stores and convenience stores in Pennsylvania that qualify ... and there aren’t enough liquor licenses to satisfy the demand, so the prices went through the roof,” O’Hara said” [...]

The most recent auction the board held was in June, and the highest bid was from Magerks Royersford Inc. in Montgomery County for more than $250,000. In every auction since 2016, companies in Montgomery County have bid at least $150,000 for a license, with most bids totaling around $300,000 and the highest totaling $526,000. Cumberland and Chester Counties have also seen companies bidding up to $550,000 for a license.

According to one Philadelphia-based attorney who frequently deals with liquor license cases, licenses in Philadelphia have been selling for around $180,000 prior to COVID-19, but there was a recent sale in June for around $160,000 at the LCB auction, and he expects average prices could be down to around $130,000 now. Even so, license costs today are roughly double what they were prior to state law changes made around 2011-2013, and barring some unexpected and fundamental changes to city life, a reversion to the long-term growth trend seems likely, and whether or not that should be allowed to continue is a legitimate subject of political inquiry state lawmakers should be digging into.

Nobody without a direct financial interest in a license has a good reason to be cheering on $550,000 liquor licenses, and that includes the LCB, who are currently operating under a very blinkered concept of what the public interest is. A much better way to raise $550,000 would be to create and sell 55 new liquor licenses for $10,000 apiece at a flat rate—or as many as people want to buy. Other types of licenses that the state issues are available to all comers, in unrestricted quantities, and it’s time for liquor licenses to join their ranks.

What's been missing from the conversation in Harrisburg so far is that the liquor license Hunger Games are bad for city commercial corridors and older downtowns across Pennsylvania who are trying to fill their older storefronts and buildings with new uses. The hospitality industry always has a key role to play in making this happen, and in general, cheap liquor licenses would make it much easier to get more restaurant tenants into empty storefronts.

For a disturbing lens into just how far off-base the terms of this debate have gotten, the attorney for Rep. Burns is quoted in the article saying that if releasing the license information really would bring license prices back down to earth, the courts would likely reject the Right-to-Know petition.

Everybody involved seems to have completely lost their grip on what the point of all this is. Taking a big step back, the public interest in liquor licensing policy should be to make liquor licenses widely available to people who want them for the purpose of facilitating lots of positive economic development in the hospitality sector. This should be balanced with effective harm reduction policies to check the public problems created by legal alcohol use. But many of the problems that the state implies it is trying to fix through intentionally inflating liquor license costs could actually be addressed more effectively by hiring a lot more liquor code enforcement personnel, and creating more licenses to sell is the easiest and best way to fund that. With any luck, defeating the LCB's misguided appeal and discovering how many licenses exist can be the first step toward turning the failure of this broken system into more of a live issue in Harrisburg.