The City Commissioners’ polling place consolidation likely lowered Philadelphia’s primary day vote totals by around 19,000 votes, according to Jonathan Tannen at Sixty-Six Wards——a little under half of Donald Trump’s winning margin in Pennsylvania in 2016.

While it was likely the least-bad choice available due to the pandemic and the federal government’s failure to provide federal aid for elections, Tannen’s analysis shows what’s at stake if Pennsylvania doesn’t send everybody a vote-by-mail ballot.

He finds consolidating polling places from the usual 832 location down to just 188 had a real impact, causing a big drop-off in participation among people who found themselves having to travel farther to vote. This was only partly made up for with increased mail ballot requests. Majority-black divisions' turnout dropped off most sharply when polling places were moved farther away. 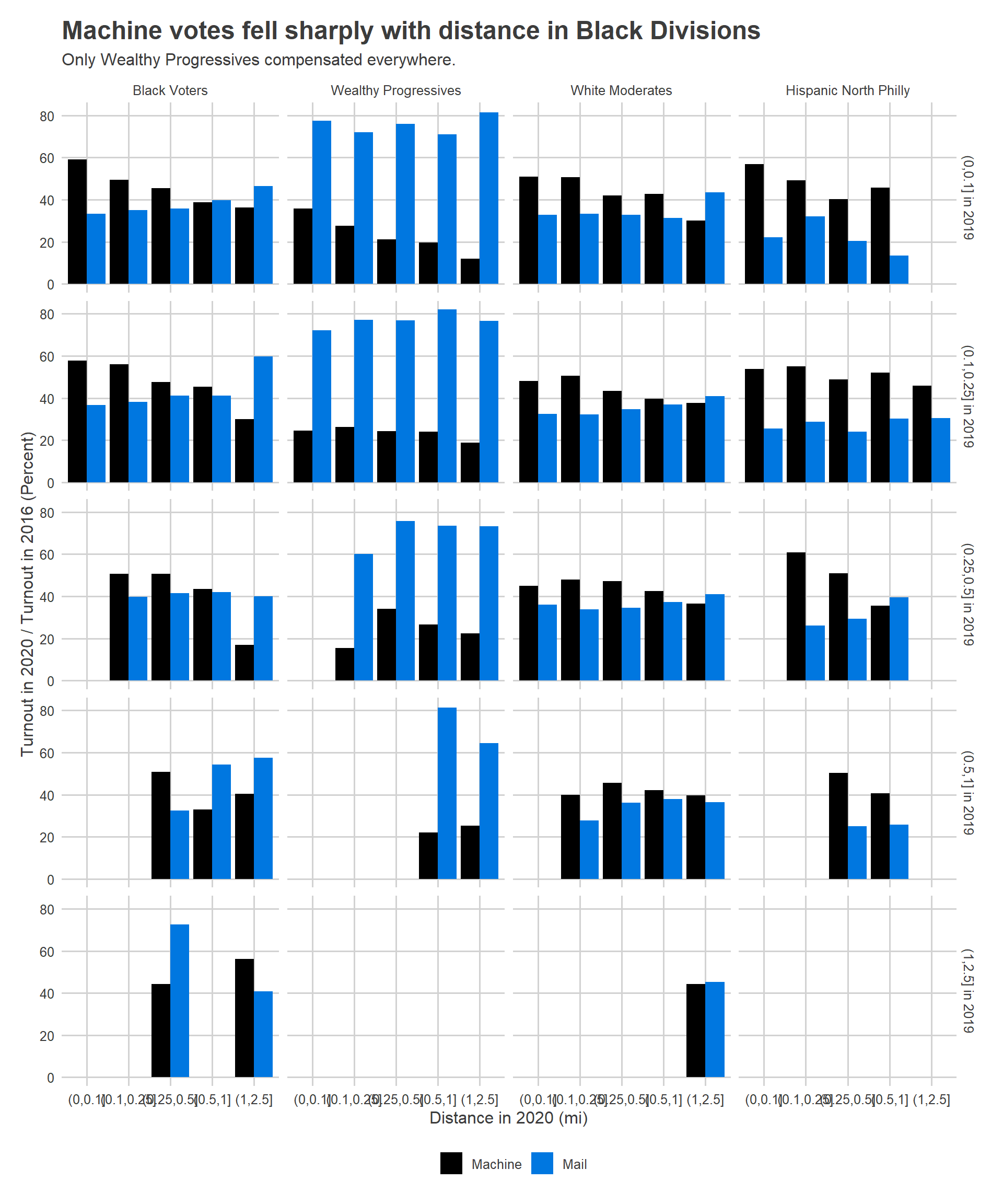 That fall was smaller than it could have been, and was mitigated by voters strategically using mail-ins. Among the Divisions that moved farther away, in-person voting fell sharply, but mail-in voting rose to somewhat counteract the decline. Among the Divisions that stayed within 0.1 miles, for example, in-person turnout was 55.2% of 2016 turnout, and mail-in votes were 37.4% of 2016 turnout (giving the 93% from above). But among those that moved from within 0.1 miles to within only 0.5 miles, in-person turnout was 39%, and mail-in only rose to 44% [...]

Black Voter Divisions showed the strongest fall-off when Divisions were moved farther away, with some evidence of mail-in mitigating the gap. Wealthy Progressives also showed some fall-off, though they heavily used mail-in voting everywhere. Hispanic North Philly Divisions, on the other hand, showed the lowest use of mail-in ballots [...]”

With great uncertainty about what stage of virus suppression Philadelphia will be in come November, it’s possible the general election in-person polling place count could be similar to the primary, with similar consequences for depressed vote totals.

That’s something that should be keeping our elected officials up at night, and they should be doing all they can to get vote-by-mail ballot applications in people’s hands right now, ideally at the state level, or just in Philadelphia if state lawmakers fail to send all registered voters a ballot application.

One piece of good news is that sending every voter a mail-in ballot application really seemed to work in Luzerne and Allegheny County. An analysis by Pennsylvania AFL-CIO Data Director Mike Johnson found that, controlling for demographic factors, the two counties that sent every voter an application were the ones with the highest rates of mail-voting. 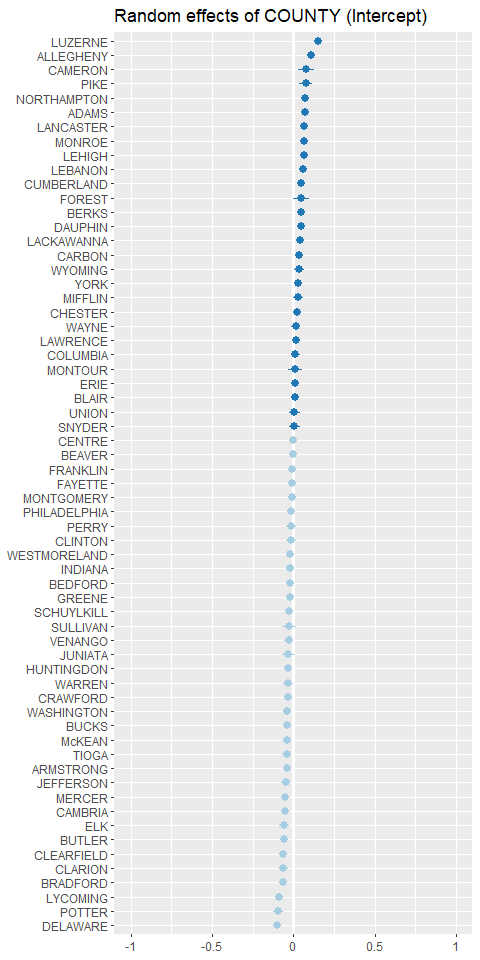 If we think the general election is going to have the same polling place set-up as the primary, which is a pretty good bet, city officials are going to need to do something more to counteract the voter suppression effects of decreased polling places, and start figuring out a plan for mailing voters ballot applications and acquiring lots of dropboxes for mail-in ballots.