Proceed With Caution on Historic Districting 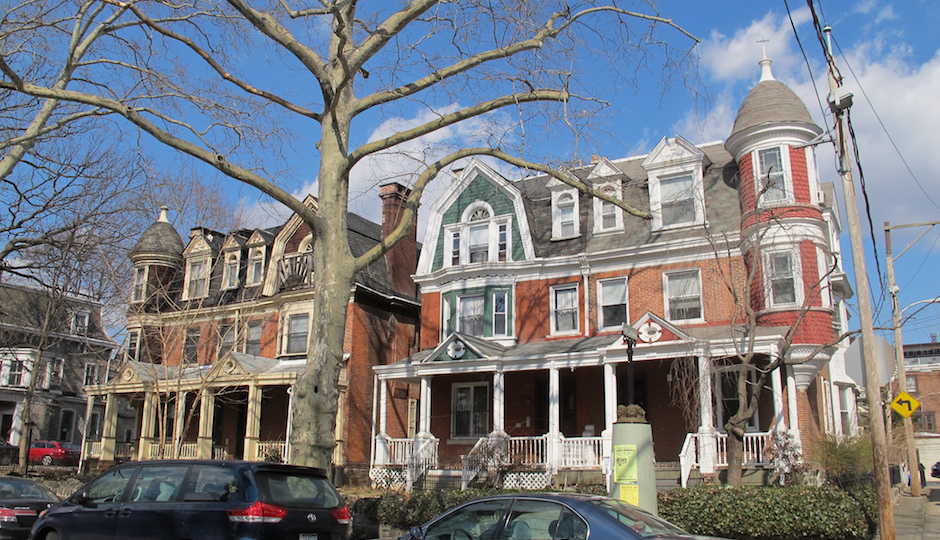 (Photo: Plan Philly/Eyes on the Street, used under CC-BY-NC-ND 2.0)

Several high-profile demolitions of historic buildings, most notoriously on Jewelers Row, have increased the salience of historic preservation politics in Philadelphia recently. The Mayor convened a Historic Preservation Task Force to revamp local preservation policy, and there are now three bills in City Council that aim to make historic designation more attractive for property owners. And there is indeed a good case to be made that Philadelphia, as a city whose brand is so tied up in its historical significance, should be doing more to incentivize historic preservation and generally make it easier to designate historically-significant buildings for special demolition protections. It would be better if more developers would reuse older buildings more often instead of tearing them down to build new.

At the same time, there's one area where our preservation policy is basically getting it right—even though many advocates don't like it—and that is the relatively high bar for creating new historic districts where whole neighborhoods, or large sections of neighborhoods, are placed under strict regulations for alterations or demolitions of existing buildings, and even the aesthetics of new construction.

PlanPhilly checks in on efforts to create new historic districts in Overbrook and Spruce Hill, which appear to have more political momentum than some other recent campaigns by neighborhoods to create these districts.

Similar arguments rallied neighbors against the other major neighborhood-level historic districts in the aughts. After Overbrook Farms was put on hold, no new districts were approved for seven years, until 2017. Even after that period ended, the commission has remained cautious, approving only small districts, including one with only eight properties.

If Overbrook Farms is officially approved, it will be the largest historic district added to local register since Old City, which won protections for an 800-building district in 2003.

The preservation win could indicate a changing tide on the issue. After all, one of the most ferocious opponents of neighborhood-level historic districts will be out of power in three months.

Elected officials and the Mayor's Historical Commission appointees should tread cautiously as these discussions continue, because historic districting in its most robust form is a really classic tool of exclusion used by homeowners in fancy areas to restrict access based on people's ability to pay, and willingness to put up with a lot of annoying micromanaging of their properties. Think about any historic quarter of any city you've ever been to—the houses are never cheap!

In recent history, when the specter of historic districts has arisen in different neighborhoods, it's been met with resistance from homeowners who didn't want to deal with the restrictions, or thought that these kinds of controls would reduce their property values by limiting their renovation and resale options.

But there comes a point when some neighborhoods start to wise up to the idea that by greatly raising the stakes for owning and maintaining a property in their area, they can tip the residential mix toward high-income people who have the money, time, and tolerance for HOA minutiae to comply, setting off a feedback loop of exclusivity. While building values may be somewhat depressed by controls on alterations and demolition, the underlying land values in the neighborhood increase because of the exclusivity.

While the proponents of these districts are often well-meaning people who in many cases are just trying to protect places that are special to them, the evidence we have on the impact of historic districting on housing costs is pretty straightforward. Supporters will typically argue for the districts anyway on other grounds, but the uncomfortable truth for people with generally progressive political views is that whatever the aesthetic merits a place may have, the outcome is to restrict access and raise housing costs. That isn't to say it's never the right call, but acknowledging this trade-off is key for managing some of the downsides.

The Mayor's Historic Preservation Task Force did try to grapple with this issue to some extent by recommending several different tiers of historic districts with different levels of regulation. And of course, it's also not necessary to pair strict regulations on the exteriors of homes with strict regulation of interior uses, like bans on multi-family conversions of mansions, or bans on accessory dwellings like backyard cottages, or minimum parking requirements, all of which reduce the housing options available to people who make less money.

In practice, it's not a huge leap from regulating neighborhood aesthetics to indirectly regulating what kinds of people can afford to live in the neighborhood. And if we're being honest, some people view these things as one and the same. The big question is, given what we know about how land-use politics and Councilmanic prerogative tend to work in Philadelphia—and for whose benefit—and what these districts are likely to do to housing costs at a time when elected officials are talking a lot about affordability, is historic districting really a tool that we want to see in wider use? Or is it actually a good thing that most of the action on historic preservation in Philadelphia plays out at the level of individual buildings rather than whole neighborhoods?