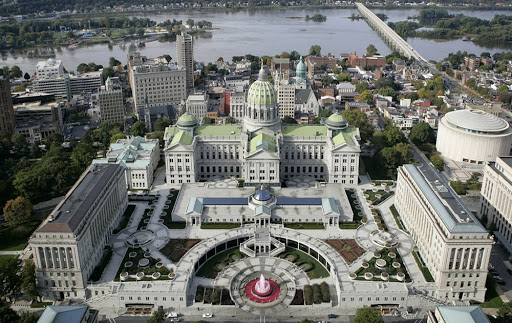 The U.S. Senate is still working on a deal this summer to, maybe, reluctantly, pass another economic stimulus package to help individuals, companies, and lower governments and infrastructure systems weather the society-wide economic retrenchment needed to suppress COVID-19. The biggest issue remains the expiration of unemployment insurance for many laid-off workers at the end of July, and the coming wave of state and local government lay-offs and budget cuts that together will set off further rounds of economic contraction and rising unemployment. According to one report, these lay-offs could total 4 million public workers.

The Democratic-controlled House has already passed their HEROES Act to address some of these problems, but the Republican Senate leadership has written off big parts of the agenda, and the Trump administration and key Senate leaders are especially hostile to the idea of more state and local aid.

Budget news out this week from Harrisburg shows the urgency of reaching a deal on the state and local aid piece, as Pennsylvania closed out the fiscal year with a $3.6 billion revenue shortfall, about three-quarters of which was attributable to economic damage caused by the virus-related shutdowns, with the rest resulting from delayed tax deadlines. The total hit is expected to reach $5 billion by next year.

The PA Post makes the key point to understand about this, which is that even the original round of CARES Act state aid was not designed to stabilize the budget, since states were explicitly barred from using the money to fill revenue gaps.

“Although Pennsylvania received almost $4 billion in federal funding under the CARES Act, that money cannot be used to make up for revenue shortfalls under current U.S. Treasury regulations. Given that restriction, lawmakers used some of the money for a $2.6 billion spending plan that offers emergency rent relief, aid to local governments, and grants for small businesses. For now, they are keeping the rest in reserve.

State officials are still hoping that Congress might relax restrictions and allow the money to be used for budget gaps, or send additional, unrestricted aid to states and cities struggling to balance their budgets in the face of dramatic revenue losses.

In May, the state’s Independent Fiscal Office estimated that Pennsylvania will permanently lose $5 billion in revenue through June of next year — assuming there is no need for another wave of business closures.”

In addition to this, the Federal Reserve’s new municipal lending facility was also fatally compromised to discourage budget-backfilling or even widespread use of the program. A new round of federal aid should be focused more squarely on taking state budget gaps onto the federal government’s balance sheet for the time being as a way of heading off economically-damaging cuts in the middle of a severe downturn.