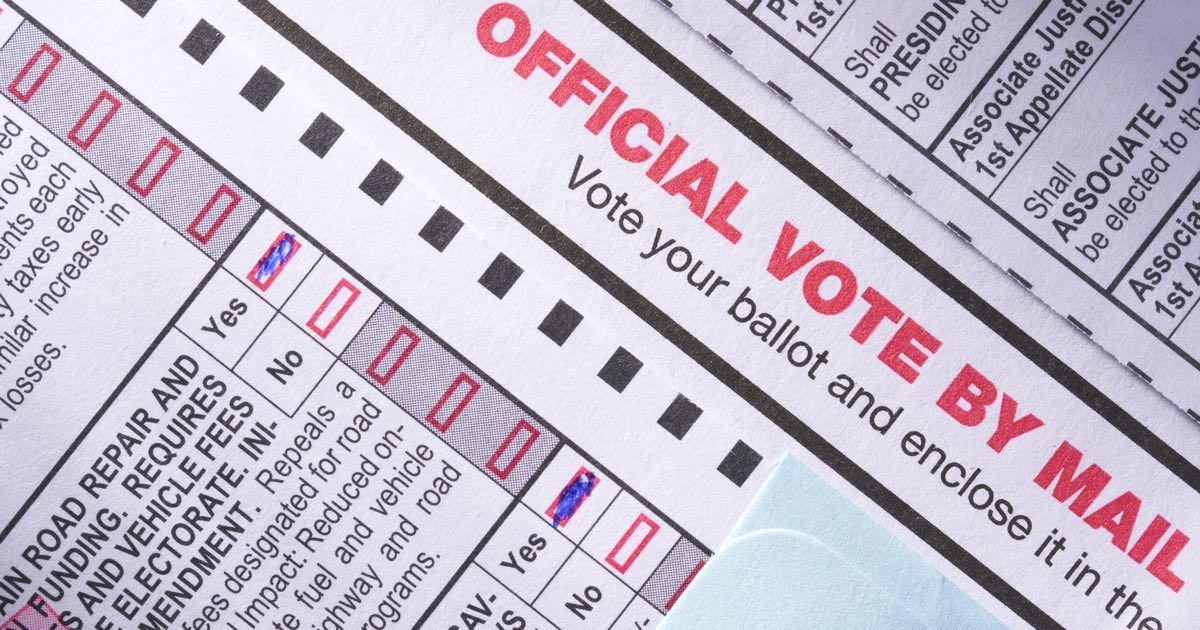 As more indications suggest the coronavirus lockdown could last for months, not weeks, momentum has been building to move Pennsylvania's primary to a later date in May or June, and scale up our new vote-by-mail program to reach all eligible voters.

Senator Anthony Williams has announced he will introduce legislation that would,

"amend the election code to provide a one-time authorization for the Governor, in consultation with the four caucus leaders of the General Assembly, to postpone the date of the 2020 primary election to a date not later than 15 days prior to the first nominating convention of a major party."

So it looks as though some movement could happen, should the parties be able to come to an agreement. According to sources, June 2nd has been the date lawmakers have been coalescing around. House Democrats and Governor Tom Wolf allegedly are supportive of both the move, as well as Rep. Kevin Boyle's bill HB 2637, which would mail every PA voter a pre-paid Vote-by-Mail ballot application to ensure everyone is able to participate in the election.

But Republican House Speaker Mike Turzai—who recently announced his retirement—apparently is not yet convinced of the case for moving the primary, and could be an obstacle. Whether Rep. Boyle's bill advances will all come down to what Republicans on the State Government Committee want to do. (Anyone interested in sounding out these Reps on the issue should call and then record their responses here.)

Pennsylvania passed a vote-by-mail program only recently, and this will be the very first election where counties will administer this type of election. That understandably has some county election officials squeamish about the idea of doing everything by mail, as Jonathan Lai reports in his latest update on this ongoing debate. And this isn't the ideal scenario for where vote-by-mail advocates would want things to land either.

Absentee ballots don’t require in-person contact with other people. Perfect for a public health crisis. But should every Pennsylvania voter be required to cast a ballot by mail — with no polling places, no voting machines, and no election day as the state has known it?

Not because they want to, or as a matter of voting reform, but because they say running a normal election is all but impossible during the coronavirus pandemic. In addition to postponing the primary election currently scheduled for April 28, they say, that time should be used to prepare for an election done entirely by mail.

The trouble is that with such a preponderance of older poll workers, and many schools, senior centers, and other sensitive places that are typically used as polling stations potentially off-limits for this election, coordinating a safe in-person election with sufficient staff in this environment looks even more difficult than the all-mail scenario.

This is an idea that's been catching on across the country out of necessity, as Kevin Kosar of R Street Institute and Daniel Ho of the ACLU write in Politico. That's not meant to imply vote-by-mail is a silver bullet. As they point out, there are lots of important details to get right—like how county election officials can safely handle the mail—and officials would still need to provide some in-person voting options, even if the aim is for most people to mail in their ballots.

First, every eligible voter should be mailed a ballot and a self-sealing return envelope with prepaid postage. All ballots postmarked by Election Day should be accepted and counted. Ballots cast by mail should not be discarded based on errors or technicalities without first notifying voters of any defects and giving them an opportunity to correct them. At the same time, states can preserve in-person voting opportunities for people who need them—such as voters with disabilities, with limited English proficiency, with limited postal access or who register after mail-in ballots have been sent out.

Elections administrators should receive extra resources to recruit younger poll workers, to ensure their and in-person voters’ health and safety, and to expand capacity to quickly and accurately process what will likely be an unprecedented volume of mail-in votes. Moreover, states should eliminate restrictions prohibiting elections officials from processing mail-in ballots until Election Day (15 states currently have such restrictions). And the media should help set public expectations that, in an environment with record levels of mail-in voting, tabulating results and forecasting winners may take longer than we have grown accustomed to.

Regardless of what we do, it's going to be a stretch for the City Commissioners and other election officials across PA, and they'll be pushed far outside of their comfort zones no matter what. We should be looking to the option that preserves the most participation for voters, and prioritizes everyone's safety during the pandemic. The first steps are moving the election, and at least giving every voter a ballot to vote by mail by passing HB 2673, even if we aren't ready to pull the trigger on an all-mail election just yet. After the state buys election officials some more time, it will be easier to address the many serious challenges ahead.