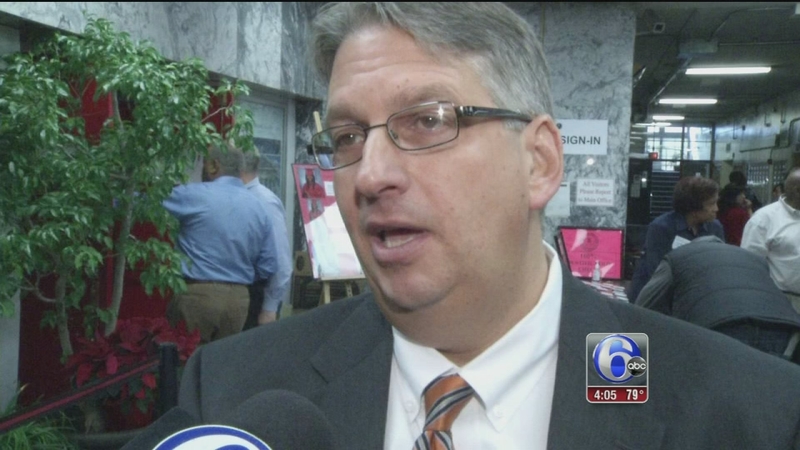 With the news that former Zoning Board of Adjustment chair Jim Moylan has plead guilty to federal fraud and tax evasion charges related to his theft from Local 98's charitable non-profit, it's time once again to remember that back in 2016, Mayor Jim Kenney really did appoint Johnny Doc's chiropractor to lead the agency that approves about a quarter of the development projects that happen in Philadelphia. Incredibly, that is a thing that happened not too long ago.

Now, to be fair to Moylan, it isn't the case that he had no experience with zoning issues prior to his appointment to the ZBA. As Jeremy Roebuck notes, Moylan led Pennsport Civic Association for years and was on the board of the Interstate Land Management Corporation, a shadowy quasi-governmental non-profit that manages the land next to I-95.

He was also a member of the Zoning Code Commission that voters approved to rewrite the zoning code between 2007 and 2011, and was involved with the Master Plan for the Central Delaware process (although he was considered by some of the plan's supporters to have been an oppositional figure during that time.)

"Although Moylan is not a member of Dougherty’s union, the two men have shared close ties for more than two decades. In fact, it was Dougherty who encouraged Moylan to move to Pennsport and set up his practice there in the early 2000s and both have remained active in the neighborhood ever since.

Both men have served as chairmen of the Pennsport Civic Association as well as the Interstate Land Management Corp., a taxpayer-funded nonprofit formed to maintain parcels of state-owned land near I-95 along the Delaware River.

Moylan has worked as a paid political consultant for Local 98. And when a fight broke out between nonunion bricklayers and Dougherty and members of his union in 2014 — just blocks from Moylan’s South Third Street office — it was the chiropractor who spoke in the union leader’s defense.

Mayor Jim Kenney appointed Moylan in February 2016 to lead the zoning board, a five-member panel that plays a vital role in shaping city development and grants exceptions to building restrictions. But he resigned the post nine months later, after his connection to the FBI’s probe of Dougherty became known with a series of coordinated raids on the offices and homes of union allies later that year."

From doing this kind of volunteer work, Moylan would have built up a pretty decent self-taught knowledge of zoning from the RCO perspective, but it's obvious he was chosen for the role because of his political connections to the building trades, not for his expertise on the topic.

The big issue is that the ratio of subject matter experts to political hacks on the Zoning Board of Adjustment is dangerously low at the moment. Some are hold-overs from the last administraton, but the members serve at the pleasure of the Mayor, rather than serving set terms, so Mayor Kenney could have appointed anybody he wanted to.

Unlike some of the other boards and commissions that have clearly-delineated roles for different kinds of subject matter experts, the ZBA can have as many political hacks and cronies on it as the Mayor can tolerate. It would take a charter change to initiate a new system with some defined roles, but there's also nothing stopping Mayor Kenney from voluntarily staffing the board according to that kind of logic in his second term if that's what he wants to do.