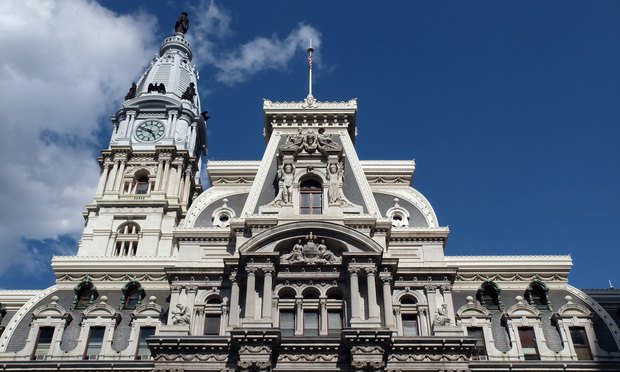 City Council met for their final meeting of the year on Thursday, and passed several significant pieces of legislation that had been on the agenda this session. A few weeks ago we put together a list of the biggest items, noting that any bills that didn't pass in the final session would need to be introduced anew in the next term. Let's go back to the list to see what passed, and what will now either disappear or start again from scratch in 2020.

None of the big remaining political reform bills advanced this session, but there should be opportunities to revive some of them in the next term. Derek Green's bill establishing a public financing system for campaigns, and switching to cycle limits instead of annual limits on contributions did not make it over the line, and neither did Allan Domb's bill setting Council Term Limits, or David Oh's bill moving School Board appointments from appointed to elected positions.

The big housing news out of the last session day was Council's vote to essentially reduce the value of the 10-year abatement for property improvements by 40%, by reducing the abatement's value by 10% each year over the 10 years. The bill would only apply to new tax abatements, and would begin to take effect in December 2020. It will be fascinating to see how much of a last-minute rush in building permits there will be to get projects in under the deadline. Are we due for a policy-induced building boom at a time when some people have been warning about a downturn?

Also technically a housing bill, Mark Squilla's bedbugs bill passed, requiring landlords to pay for bedbug remediation if bugs are discovered in the first year, and requiring tenants and landlords to split the costs thereafter.

Outgoing Councilmember Jannie Blackwell's zoning remapping bills all passed too, except for one covering Cedar Park, which got pulled after the initial announcement of Blackwell's final tranche of remapping bills. The bills included some controversial but positive changes upzoning a couple blocks of Spruce near 46th, and rezoning Good Shepherd Church to allow a proposed apartment conversion project to proceed by-right after local NIMBYs lawyered up to fight a variance request.

A bill from Darrell Clarke and Kenyatta Johnson that passed Thursday seeks to require Community Benefits Agreements for certain high-impact development projects that receive city support or financial assistance. The bill continues to be worryingly broad, with “city support” applying to rezoning, or “high-impact” status including highly subjective conditions like “social” or “aesthetic” impacts on the surrounding community that could introduce a lot more Council discretion than is desirable. At the same time, the bill seems relatively toothless and hard to enforce. The next step is for the Department of Planning and Development to develop the regulations and procedures to implement it.

Darrell Clarke and Brian O'Neill's Zoning Code Review Commission also officially lapsed at the end of the term, after never being staffed, and never issuing any recommendations, as it was supposed to do back in October.

There weren't any significant transportation bills that passed on Thursday. David Oh's two transportation-related bills calling for a path to local control of the Philadelphia Parking Authority, and cutting taxes on parking business owners who install electric vehicle charging infrastructure both lapsed.

Mark Squilla’s plastic bag ban bill was one of the higher-profile bills to pass on the final session day. There were some compromises made to get it passed, including the removal of a fee on other types of disposable bags, but it does require a study on the program's effectiveness to determine whether it needs to be adjusted, at which point it might be possible to revisit the fee issue.

The much bigger deal though from a climate perspective is the new energy efficiency mandate, requiring buildings with more than 50,000 square feet of space to get energy efficiency tune-ups. This builds on a prior law passed in 2012 which created an energy benchmarking program requiring buildings of this same size to measure their energy and water use. A City report released this week found that program reduced building energy waste by 5%, and carbon emissions by more than 10%, just through voluntary steps taken by building owners after seeing their comparative energy use. This new bill is a big deal because the City is taking the next step and mandating energy efficiency tune-ups. According to the Office of Sustainability, the mandate will cut carbon pollution by nearly 200,000 metric tons—the equivalent of taking 40,000 cars off the road.

Allan Domb's low-income wage tax credit made it out of Council, despite reservations from the Kenney administration based on estimates it could cost as much as $25 million. For context, the city wage tax is currently 3.8712% for residents and 3.4481% for non-residents and is the largest city revenue source, bringing in around $2 billion per year.

The wage tax credit has been an idea kicking around local progressive circles for a long time as a way to do progressive taxation despite the state Constitution's "uniformity" clause, which has been interpreted to prohibit a progressive tax rate structure.

Domb's other bill aiming to cut tax delinquency by selling tax liens didn't go anywhere, but the good news is that, per Councilmember Domb, he then worked with the Revenue Department to solve the problem a different way, and has been wildly successful.

In part because of increased use of rent sequestration targeting landlords of tax-delinquent buildings (in which tenants begin sending rent checks to the City instead of their landlord) and other creative collection methods the Revenue Department employed, they were able to increase current collections from around 89-90% four years ago to 96.5% today, according to Domb. That additional 6.5% in annual collections roughly equates to about a $100 million a year increase in annual property tax collections. For context, annual real estate taxes amount to about $1.7 billion.

Of the significant tax bills that failed to advance, both came from Councilmember David Oh, who had introduced a bill early in the term calling for faster wage tax reductions, and another incredibly bad bill requiring City Council approval of all new real estate assessments.

All-in-all, it's been a busy fall session for Philadelphia's legislature, and with an even more policy-minded Council class coming into office in January, we're likely to see another prolific session.