Pat Toomey is Trolling Us All on State and Local Aid 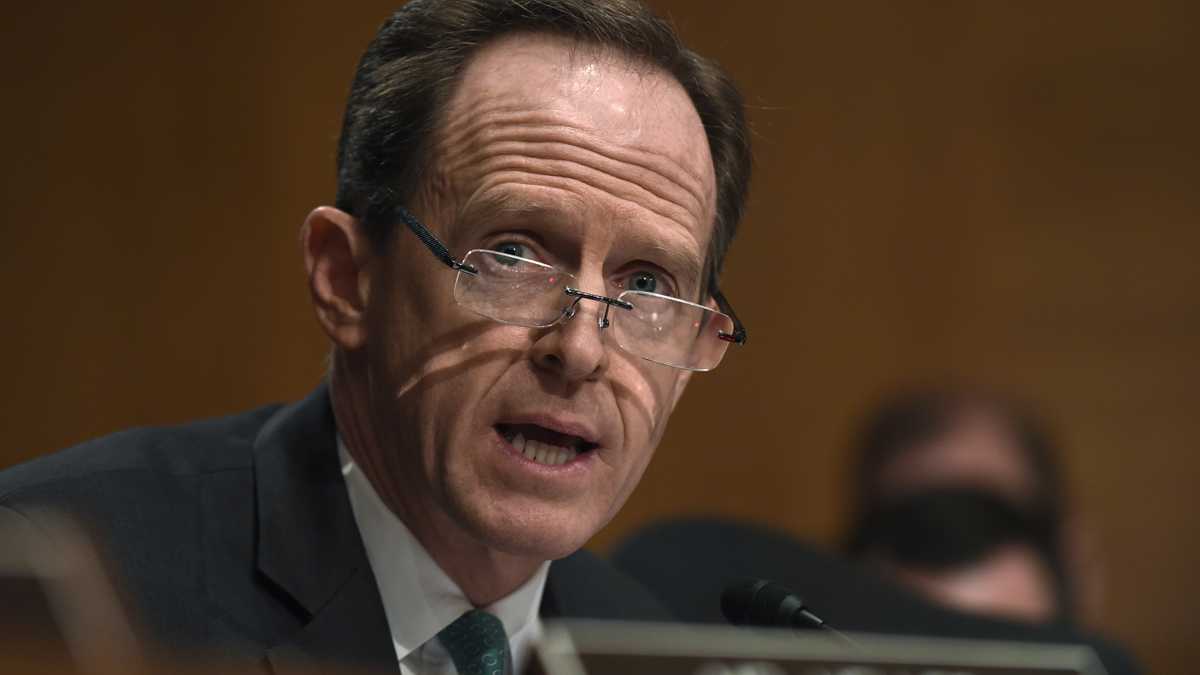 States and cities across the country have seen their tax revenue plunge as a result of the pandemic-related shutdowns and constrained activities, and the coming wave of spending cuts and lay-offs is expected to create significant headwinds for the economic recovery.

State and local governments almost all have balanced budget requirements where spending must match revenues every year, so a big drop in revenue requires big cuts or tax increases unless they receive outside support. Initially, federal lawmakers in Congress had intended to help stabilize state and local budgets with aid through the CARES Act, and the Federal Reserve also started a new municipal debt-buying facility with this aim.

But in the course of the legislative process, both initiatives were greatly watered down to be less helpful as lawmakers filled in the details. The big issue is that states and cities can’t just use the federal aid in CARES to backfill in their budget gaps. They’re required to use it all for pandemic-related spending. In the negotiations over a second stimulus, House Democrats have proposed to rectify this issue and pass a new round of state and local aid, but this has emerged as a big sticking point with Senate Republicans and the Trump administration, who have objected to any more state or local aid, with a possible exception for schools.

That’s important context for the news this week about how the Kenney administration has spent less than half the federal coronavirus relief money that Philadelphia received. At first glance, this might sound like it’s an issue with the Kenney administration that the money’s not flowing as intended, but further down in the piece, we see that it’s a problem with the way the federal aid was structured.

“A significant portion of the hit to the city budget is from lost tax revenue — which totals hundreds of millions of dollars and is not reimbursable under the CARES Act.

The budget City Council approved in June included layoffs and cuts to city services to account for a $750 million budget hole, mostly due to the shortfall in taxes. The Kenney administration estimated that just $30 million of that gap would be from added expenses due to the coronavirus pandemic.”

Pennsylvania Senator Pat Toomey is among the Republican Senators who don’t support another round of state and local aid, and from his response to PBS on the topic back in May, the issue seems to be much more ideological than practical.

Speaking with reporter Judy Woodruff, Toomey cast the issue as a sort of morality play, asking rhetorically “why do the taxpayers of the states that have been more cautious, prudent, why are they supposed to subsidize the other states?”

More disingenuously, Toomey told the Inquirer he wants to see states use all of their CARES Act money before Congress appropriates a new round of aid, knowing full well that all the federal aid is restricted to coronavirus expenditures, and that the biggest problem states and localities are pleading with the federal government to address is the collapse in general revenues.

Sen. Pat Toomey (R.,Pa.), in response to calls for more federal aid for local governments, said Tuesday that interim reports submitted to the Treasury showed just 26.7% of CARES Act funds have been spent thus far by Pennsylvania and local governments. In Southeastern Pennsylvania, Chester County reported spending one-third of its grant amount, Delaware County reported spending 25%, Montgomery County spent just $4 million, or 3.3%, of its allotment, and Bucks County reported only spending one-tenth of 1% of its share.

“Before Congress spends even more money it doesn’t actually have, states and counties should allocate their existing allotments so we can thoughtfully determine what needs remain,” Toomey said in a statement.

With inflation and borrowing costs both very low (10-year Treasuries are at just .70%), the federal government has few good excuses left not to continue borrowing to plug state and local budgets throughout the economic downturn.

It’s a poorly-kept secret that Senator Toomey is planning a run for Governor of Pennsylvania in 2022, and with the state budget likely to still be in tatters from COVID-19 at that point, he’s going to have a lot to answer for during the campaign regarding the pivotal role he played in engineering that outcome.