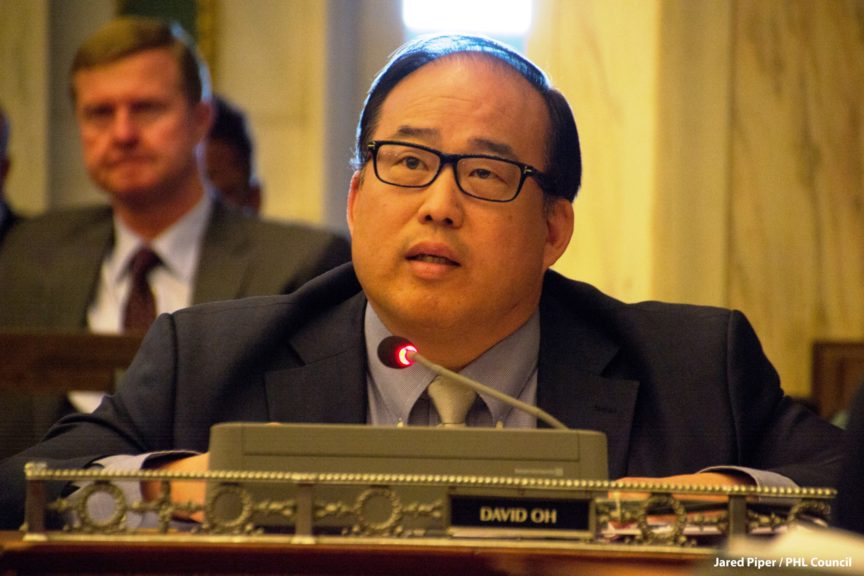 Until 2013, Philadelphia had not done a citywide reassessment since the mid-1990's. For those two decades, property values were shifting around all over the city, with some areas getting pricier and other areas seeing their values decline. But the city's property assessments were not getting updated with any of these changes, leaving some people paying more property tax than they should, and others paying too little.

The way that values were updated during that time was through ad hoc adjustments by the corrupt and incompetent Bureau of Revision of Taxes, where political tampering with tax assessments was rife, and which had been a target of government reformers since the 1950's.

Various reforms were proposed and not enacted over the years to bring assessments in line with actual values—and keep them there—but it ultimately took a successful legal challenge in the early 2010's to force a mass reassessment and process changes in 2013 and 2014 under the umbrella of the Actual Value Initiative.

The longer that assessments go without an update, the uglier the politics of fixing them get. There are always winners and losers with any tax change, but the further away from market values the assessments get, the more dramatic the effective tax increase is going to be on appreciating areas. The politics are especially tough because the "winners" who would see their taxes go down due to declining property values don't tend to lobby at all, but the political pressure from property owners facing increases is super intense. You see this pattern in the reassessment battles all across Pennsylvania, which are common since state law doesn't mandate regular property assessments by counties. Several PA counties haven't reassessed in over three or four decades!

In Philadelphia, the politics got so intense that, in 2007, during an earlier push for assessment reform, City Council unanimously voted to put a charter change amendment on the ballot disapproving of the very concept of actual value assessments. Mayor John Street vetoed the charter change legislation, and then Council overrode the veto! It was approved by voters, so there's now actually language in the City Charter that reads:

"We the citizens of Philadelphia urge the stopping of real estate tax assessment increases which would result from the Philadelphia Board of Revision of Taxes’ use of a new method of figuring tax assessments called “Full Valuation”?

Council could only do a resolution showing their disapproval of accurate assessments because they don't currently have any direct power to change anything about assessments. The process lives entirely in the Mayor's office, and that is a very good thing. While the members of Council have changed since 2007, the basic shape of the politics is always going to be the same.

Councilmembers, especially District Councilmembers, are always going to want maximum leverage to cut side deals for favored constituents and many of them liked the Bureau of Revision of Taxes because it was "responsive" to this approach. Notably, Councilmembers Jannie Blackwell and Curtis Jones, voted against the bill to abolish the Bureau of Revision of Taxes, which set the stage for the creation of the Office of Property Assessment and paved the way for the Actual Value Initiative.

There's still more that needs to be done to get our assessment system into a good place—namely, changing our approach to land valuation, finally getting Computer-Assisted Mass Appraisal (CAMA) software in place, and improving the process for enrolling low-income homeowners in our successful tax relief programs—but we've generally been plodding along in the right direction.

Property assessments are basically in the ballpark of market values, they're getting updated regularly, and Council has been attending to low-income homeowner concerns in a smart way, through carve-outs and transfers, rather than blowing up the whole assessment system.

But now, along comes Councilman David Oh with a wildly irresponsible new charter change amendment that takes direct aim at the whole concept of using actual values for property assessments, in response to some homeowner complaints about the 2019 assessments increasing their tax bills. Jake Blumgart at PlanPhilly explains:

As the city’s laws now stand, the Philadelphia Office of Property Assessment is responsible for setting the values that determine how much property tax an owner pays. But last week, City Councilman David Oh proposed a bill that would change the city’s charter to give Council members the power to approve or reject reassessments if they exceed the national urban Consumer Price Index — a cost-of-living measure set by the United States Bureau of Labor Statistics.

The rate of change reflected in the CPI rarely, if ever, hits the levels of OPA’s most recent reevaluation, which increased assessments about 10.5 percent for the average single-family home in the city and as much as 47 percent in fast-developing neighborhoods like Brewerytown and Strawberry Mansion.

By way of comparison, the national urban CPI increased 2.2 percent between February 2017 and February 2018, so if the proposed law were on the books at the time of the 2018 reassessment, it would be subject to a vote from Council. As things stand today, the council’s power over assessments is limited to political attacks and delay tactics. Most recently, Council hired an independent auditor to assess the OPA determinations.

City property values have been climbing since the end of the Great Recession, and at a pretty fast clip in some neighborhoods, particularly the northern end of South Philly and the Riverwards. That big jump in actual market values has been good for people who own property and are gaining equity, but it's also meant that homeowners' tax bills have been increasing whenever property values are reassessed, which is happening more frequently.

Tax increases always make for difficult politics, but so far local politicians have generally been trying to manage this fairly and responsibly by creating programs to help soften the impact of rising property values and taxes on lower-income homeowners—an approach that a recent Philly Fed study shows has been working very well—while still accurately taxing the growing land wealth in Philadelphia to fund city services. While there are still pieces of the new assessment system that need fixing, the process is finally moving in the right direction.

David Oh's bill is a move to abandon the process by creating a new hurdle that City Council will find it impossible to overcome. As property values continue to rise faster than the national urban CPI each year, Council will have to vote to approve each assessment. And the question for voters will appear to be "should City Council vote to raise taxes by X amount" even though the real issue is "should city assessments be updated to accurately reflect real property values?" It will always be seen as akin to a vote to raise taxes.

This is going to be terrible politics for Council, and it is very easy to imagine a majority of members not voting to approve the new assessments for years on pseudo-populist grounds. Meanwhile, property values become increasingly unmoored from assessments, and the vote to update them becomes harder and harder to take. And it's even easier to imagine members basing their votes on the update on the specifics of what will happen to individual constituents' taxes in their districts, and using the opportunity to extract narrow concessions from OPA. It's a recipe for corrupting the OPA in the same way as the now-defunct BRT.

Given the recently-documented success of City Council's tax relief programs for low-income homeowners, it is baffling that Council would respond to some run-of-the-mill complaints about property taxes with this charter change, instead of doing more of the thing that is working. They could change the eligibility rules, increase the marketing budget to enroll more eligible property owners, or address any other gaps they think exist.

People are always going to complain whenever their taxes go up, and it doesn't mean that something is fundamentally wrong with our approach. We are just now getting into the groove of this new assessment system, and Philly has learned before, sometimes you need to stop freaking out and trust the process.