Unicameralism: The Only Good Way to Shrink the PA Legislature 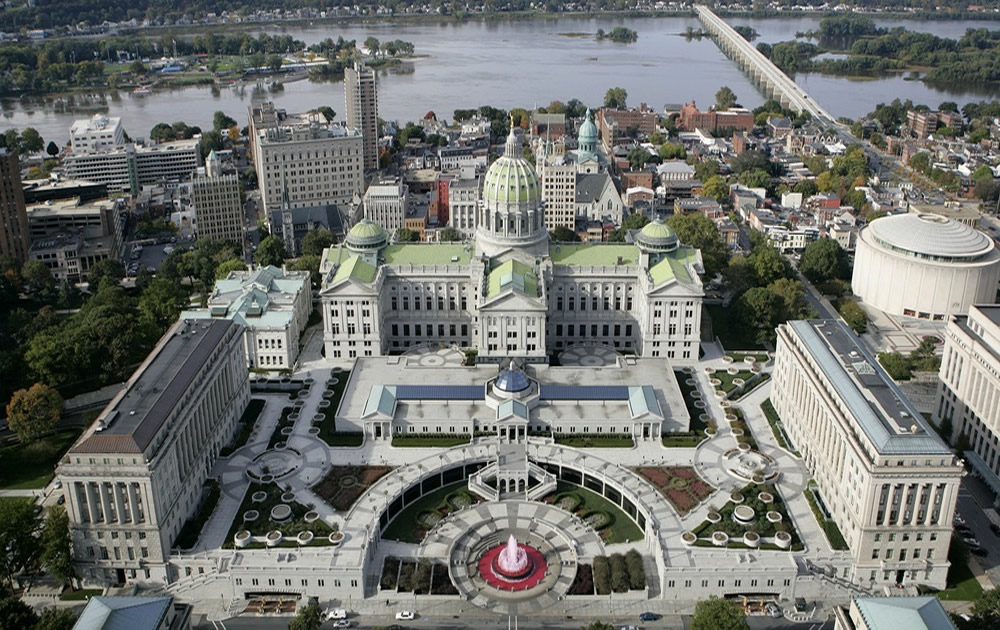 Pennsylvania has the largest full-time state legislature in the nation, and our General Assembly is the second-largest lower House, and this fact has led to populist calls over the years to shrink the legislature, largely for cost-savings reasons.

Proponents of shrinking the state legislature cite the $300+ million annual pricetag—out of a $32 billion budget—as an example of bloat and inefficiency that could be pared back, and they had enjoyed some political success recently with a push to amend the state Constitution to downsize the state House from 203 members to 151. (Why not just a round 150, I'll never understand.)

That amendment passed the state House and Senate last year, but it appears not to have the votes to pass this year, which effectively kills the idea for the time being. That's because an amendment to the Pennsylvania Constitution needs to pass in two consecutive sessions, and then win a ballot referendum. Since it won't pass this session, proponents will have to start the process all over again.

The bill ended up failing this time because opponents successfully inserted a poison pill amendment that would also shrink the state Senate from 50 members down to 38 members in the same stroke. Senators didn't like that idea, so they stripped it out and sent it back to the House in the same version that passed last cycle, and supporters in the House couldn't cobble together the votes to pass that version again.

That's ultimately a good thing, because this particular version of downsizing the legislature really wouldn't do anything to improve governance, and would generate only miniscule savings in the grand scheme of things.

The better approach, which is admittedly a heavier political lift but too correct not to discuss, is to shrink the Senate down to zero members, and go fully unicameral.

The problem with the current thinking about this topic is that it's driven by a one-dimensional cost-cutting motive that totally fails to take accountability and representation into account. The more seats that you cut from the House, the larger the districts have to become, and the harder and more expensive it becomes to campaign for the seats. Currently, you can win a state House primary with a solid door-knocking game and fairly minimal resources. You can't really do that in one of the gigantic state Senate Districts. And from a constituent services perspective, a larger number of state House seats ensures that the number of households assigned to each lawmaker isn't unmanageably large.

Eliminating the state Senate is also better for political accountability because voters' attention would be concentrated on a single easy-to-monitor state lawmaker working in a single chamber, rather than two representatives in two chambers. There would be just one version of each bill to watch, and just one vote of the legislature. There would be no confusion about which House bears responsibility for a bill failing to pass.

Inter-cameral negotiations do nothing to enhance accountability; rather, they scramble it by making it unduly difficult to pass laws, and creating more opportunites for lawmakers to deflect blame for failing to solve public problems.

The justification for having two chambers seems to be little more than a vague notion that our federal Constitution is an ideal model, or that making it procedurally difficult for elected officials to enact the policy agendas they run on is good insurance against overreach—two extremely questionable premises given the past decade of Congressional dysfunction we've seen at the federal level.

Historically, upper chambers have existed either to provide representation for the constituent elements of a confederation (our federal Senate, which represents states, or the German upper House ) or to provide an aristocratic (UK House of Lords) or quasi-aristocratic (Canadian Senate) balance to a more democratic lower chamber. But the Pennsylvania Senate has no such basis, and was not created to represent any historic subdivisions like county governments. Its districts are, in principle, no different or less arbitrary from those of the House. And even if an elite body to counterbalance the “democratic” House was even desirable, it simply doesn't function this way in the state context. It's just a meaningless additional barrier to legislative action and responsive government.

All major cities in the United States get on with just one legislative chamber, and for all the real issues with the quality of local governance, nobody ever proposes bicameralism as a serious remedy. You never see anybody advocating to add an upper House to Philadelphia City Council, for all its problems, and that's because there's no conceivable problem that this would solve. It turns out that it's still plenty hard to pass significant laws no matter what, without the unnecessary hassle of sending the sausage through a second grinder.

While this particular bill may be dead in this session, the cause of shrinking the legislature is almost certainly not. So let's do it the right way. If we're going to go to all the trouble of passing a Constitutional amendment, let's improve political accountability in addition to cutting costs, by deleting our unnecessary state Senate.