This new article from Laura McCrystal on the 2020 assessments gets at one reason why the assessment politics are so bad, beyond the simple issue of people preferring to have more money than less money. Property owners see their tax payments going up every year, but aren't seeing corresponding improvements in city services.

"Nisenfeld said some recent sales in her neighborhood are close to her new assessment — $214,700 — but she was surprised that sales prices have increased that much. And if taxes are increasing, she said, she wishes she received better city services and saw improvements in the schools.

“The average person doesn’t know what’s going on,” Nisenfeld said. “We just work, pay our bills, and find out the hard way that we’re being scammed out of more money.”

Or as one Facebook commenter put it: "Tax increases have far outstripped increases in service quality. As noted elsewhere, it's not just that assessments are going up but Council won't lower the rate because they want tax increases without publicly taking responsibility for them."

As I noted in a prior post, Philadelphia is the only Pennsylvania county that's not prohibited from raising net revenue from a county-wide reassessment. In other PA counties, when officials reassess properties and the total property tax base grows on net, they actually have to reduce the tax rate a bit in order to keep the amount of revenue they collect the same.

During budget season, officials can still decide they want to raise more revenue from property taxes, but they have to vote to raise the tax rates to do it. An affirmative vote to raise the property tax rate is a harder lift politically than quietly pocketing new net revenue each year, as Philadelphia politicians have the unique option to do. In the 2020 reassessment, the City will net $53 million more in total property tax revenue—which in any other county would have to be divided back among the property tax payers.

One obvious reason why Mayor Kenney and City Council would prefer to raise more property tax revenue in a sneaky way than vote affirmatively for a rate increase is that it's super unpopular, and they'd rather blame the Office of Property Assessment for the new values and take the heat off of themselves.

For the foreseeable future, property taxes are going to keep going up. Land prices are steadily growing as a result of neighborhoods with good access to downtown jobs and amenities becoming more in-demand, which in turn is driving price increases for older homes as well as new ones in those places.

The City’s fixed costs also keep increasing every year for things like pensions and police and benefits, which already make up the biggest budget categories by far, so we’re paying more every year to do the same stuff. And of course there have been some major new capital and programmatic commitments passed by Mayor Kenney and City Council over the last four years, which increased the budget by 21% percent in total. 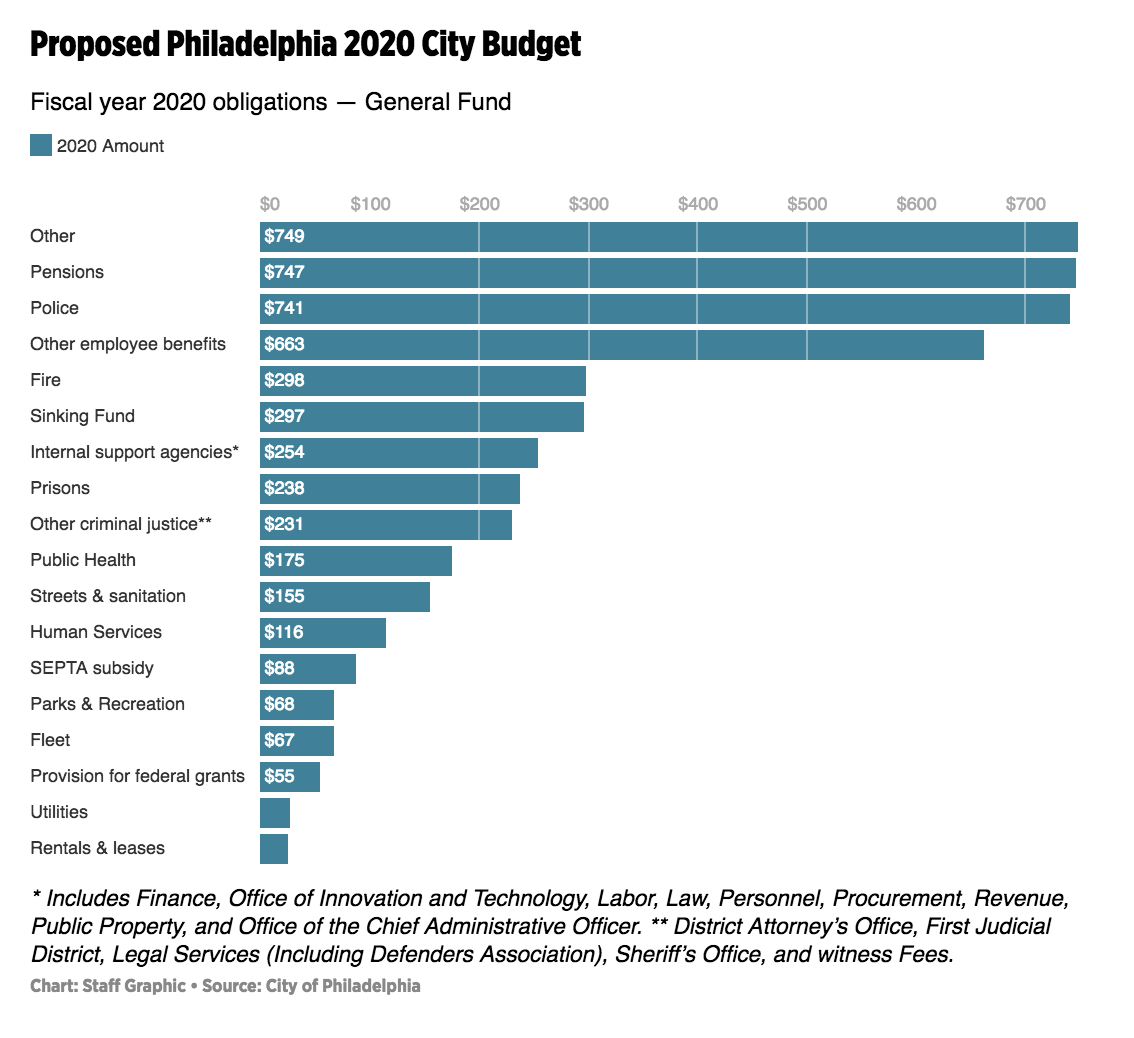 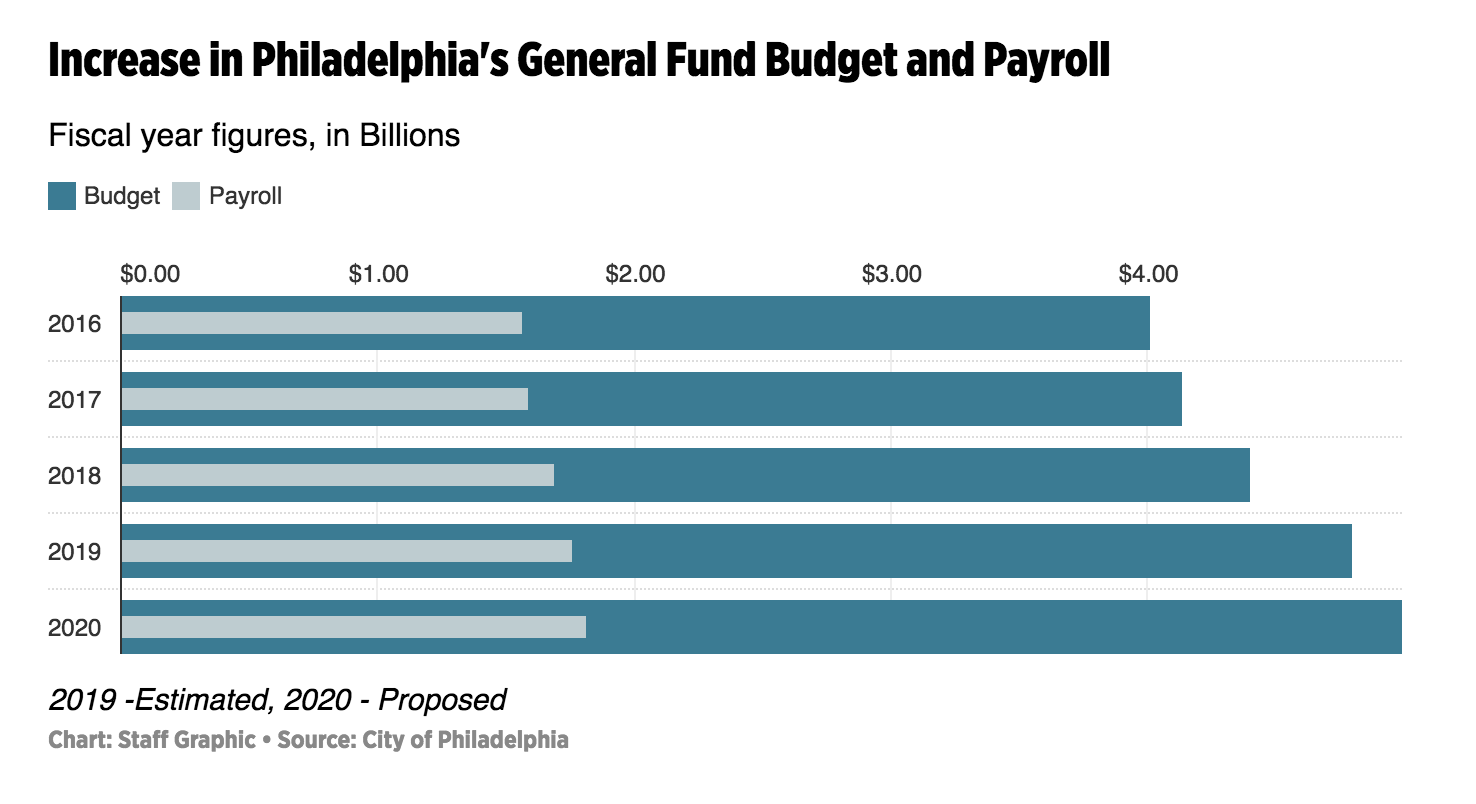 Philadelphia is a very poor city outside a few small pockets of wealth, with a large population of people with tremendous unmet needs for local services, but even in relatively well-off areas you'll find people want local government to do more as well. There's pretty much nobody who feels satisfied with the quality or quantity of services they’re receiving, so it's frustrating to hear things won't get better even though property taxes still go up every year.

This is why our elected officials, especially those with very expensive social programs in mind, should be at least half as interested in growing the overall tax base as they are in how to redistribute it. The total pie needs to grow in order to pay for everybody's priorities, especially since the largest cost drivers will continue growing every year—and continue to shrink what's left over for everything else. Perhaps if Philadelphia had to abide by the same anti-windfall laws as other Pennsylvania counties, and property tax rate votes were more visible, electeds might put more emphasis on growing the tax base rather than counting on more money each year from the same payers.