Will the PA State Legislature Flip in November? 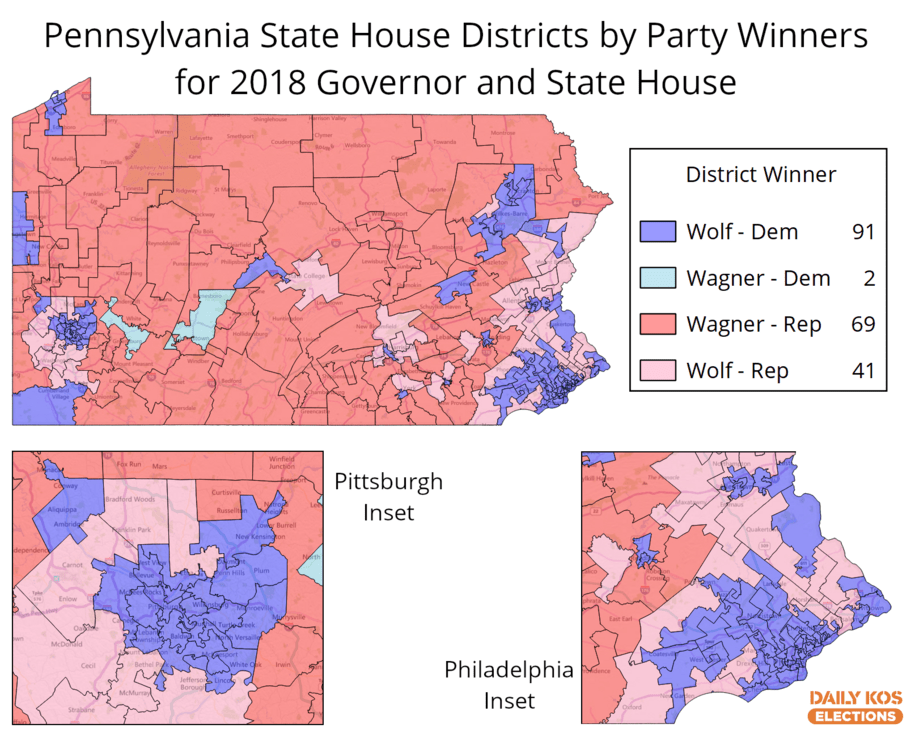 With 102 days left until the November 3rd Presidential election, Joe Biden is polling about 7.5 percentage points ahead of President Donald Trump in Pennsylvania—a state the incumbent won by only around 46,000 votes in 2016.

Breezing past all the necessary qualifiers about this, the basic situation is that the dynamics currently favor a Biden win in PA barring significant changes in Trump’s favorability. In the most recent poll from Fox News, which has Biden up by 11 points in PA, respondents also give Governor Tom Wolf a 63% favorability rating, and support the Black Lives Matter movement 57-43%. For the moment, PA voters are in a more liberal mood.

What will all this mean for state legislative races further down the ticket? A strong enough lead for Biden would have downstream effects that could lead to overperformance by Democratic candidates for the General Assembly and state Senate in strong Biden areas that nets them more seats than they currently have. They would need 9 more seats on net to flip the state House, and 5 seats to flip the state Senate.

It's not common to see polling for smaller races like this, but a new analysis from Jeff Singer at Daily Kos Elections of past voting behavior in the different state legislative districts shows that based just on the districts' partisan leanings, there’s a pretty decent menu of districts in the General Assembly currently held by Republicans where statewide Democratic candidates have won majorities in the past, and where Democratic state House candidates could conceivably win too if Biden’s lead is wide enough.

Back in 2016, Donald Trump defeated Hillary Clinton 48-47 statewide and took 119 of the 203 districts. Two years later, though, Democratic Sen. Bob Casey was reelected 56-43 against Republican Lou Barletta and carried all 83 of the Clinton seats and an additional 36. Democratic Gov. Tom Wolf, who won 58-41 against Republican Scott Wagner in 2018, took a total of 132 House districts, including each of the Clinton/Casey constituencies.

For more on the individual district results, check out the Daily Kos Elections breakdowns for statewide results within upper and lower chambers in Pennsylvania and other states.