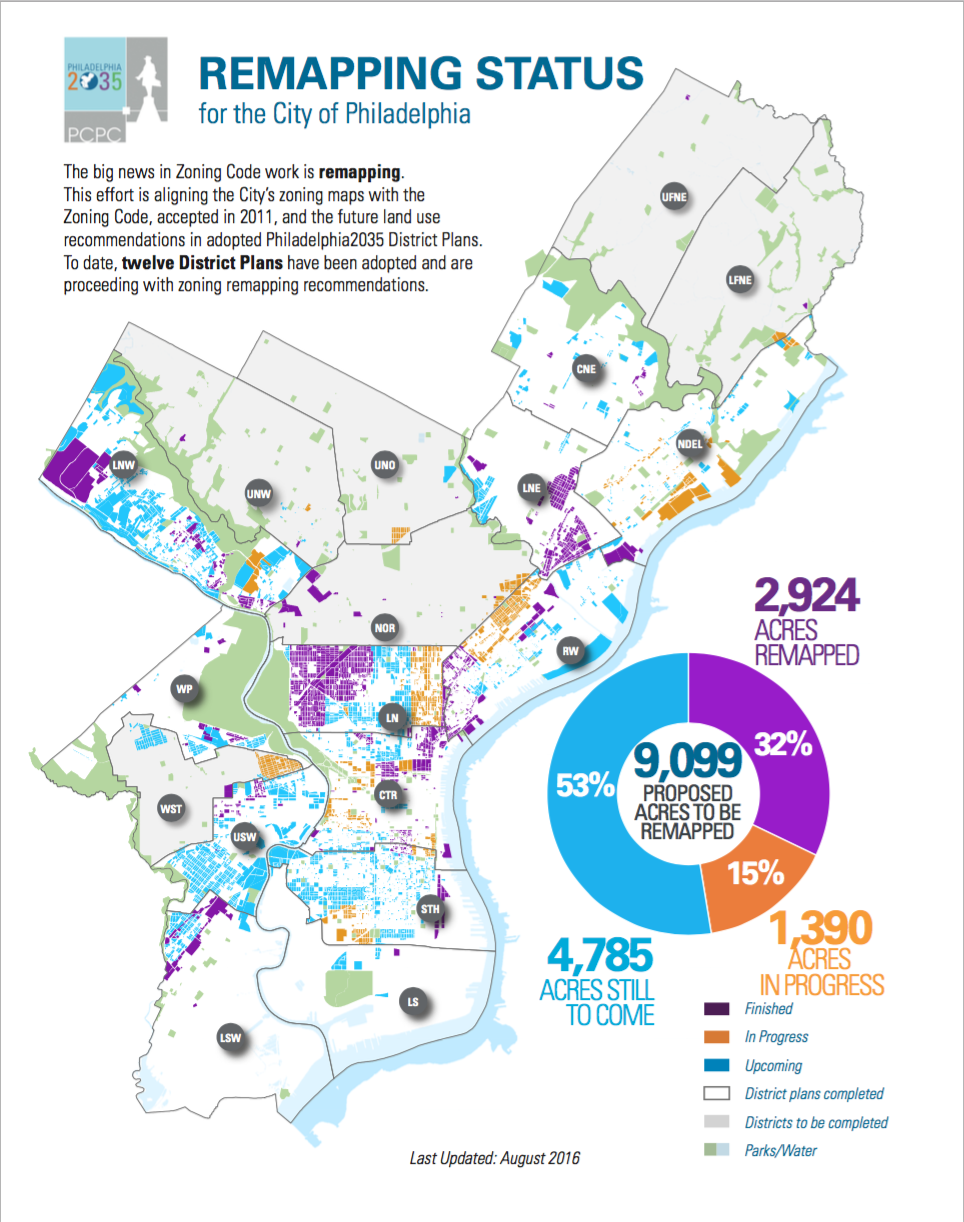 Back in 2007, city voters approved a ballot initiative establishing a Zoning Code Commission that would review and make changes to Philly's 1950's-era zoning code with the aim of making development more predictable, and less political.

While the Commission members all had somewhat different ideas about what exactly this should mean in practice, in general, the goal was to increase the quantity of housing that could be built by-right.

After the updated zoning code was approved by City Council, it kicked off a process where the Planning Commission would spend a few months in each of the city's 18 Planning Districts, engaging neighbors and stakeholders to come up with some high-level land use priorities to guide future development. Once those plans were approved, Planning would work with local registered community organizations and the District Councilmember to update neighborhoods' zoning maps on a more fine-grained level.

When I helped coordinate zoning remapping for my old neighborhood in Bella Vista, we held three public meetings, circulated a survey which received almost 400 responses, and kept open lines of communication with neighbors, planners, and 1st District Councilman Mark Squilla's office. All in all, it took about six months (and it would have taken even less time if I hadn't had a baby in the middle of the process.)

The idea is to front-load as much of the community engagement as possible in order to find common ground on a vision for how the neighborhood should develop, set some ground rules for zoning, and then once the rules are in place, everyone is supposed to step back and let most new development happen by-right.

Some Councilmembers have bought into that goal, but some never did, preferring instead to leave broken, unbuildable zoning in place so that all new housing construction in their Districts will still require a variance--and their political approval.

Councilman Johnson told PlanPhilly during the 2015 primary campaign that his "personal approach is approaching zoning on a case-by-case basis. I don’t think you can just take a blanket approach, because at any given time, things change." In other words, he thinks every project should be a political negotiation, not a predictable, rule-based process like the Zoning Code Commission envisioned.

Councilwoman Blackwell has also long been a skeptic of the Planning Commission's process, and even though the District Plan for the University-Southwest Planning District has been finished for years, she has declined to introduce any neighborhood-wide remapping bills. If there's a project proposal that she likes, she just changes the zoning for that individual parcel or writes a letter of recommendation to the ZBA.

Johnson and Blackwell aren't the only two Councilmembers with an imperfect record on zoning remapping, of course, but they are the member who have been the most vocally openly opposed to the central goal of zoning reform, which was to increase the volume of development that happens by-right.

So far, we've only known this because of their public statements and intermittent news reports about individual development proposals, but now we have the proof in map form.

A Planning Commission analysis of the state of zoning remapping obtained by Philadelphia 3.0 clearly shows that while the District Plans overlapping their Council Districts have been completed, Blackwell and Johnson have made almost no progress on remapping neighborhoods (click here for a larger view.) 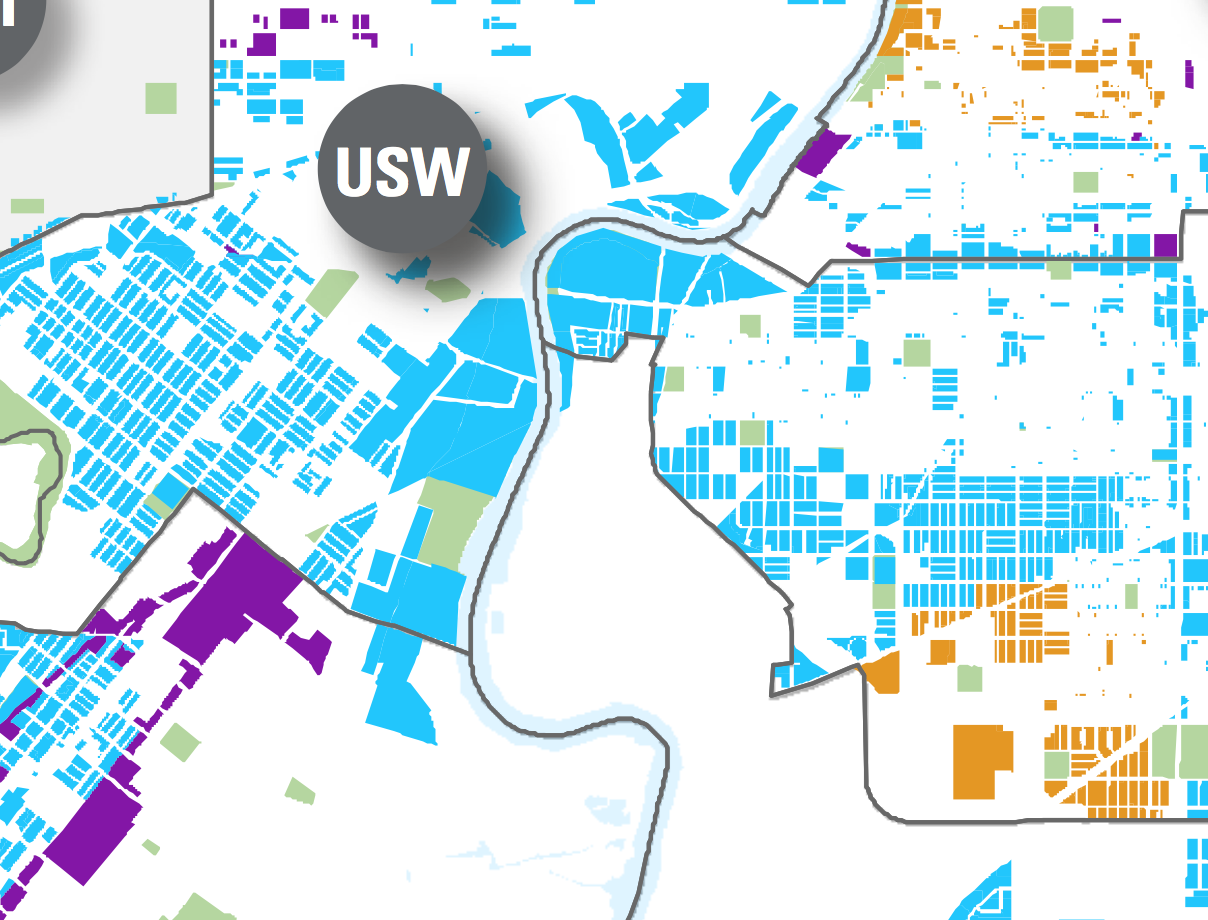 And a close-up of Blackwell's District. The West District Plan has yet to be completed, so remapping wouldn't have started there yet, but the University-Southwest District Plan covering most of the 3rd Council District was adopted in June of 2013. 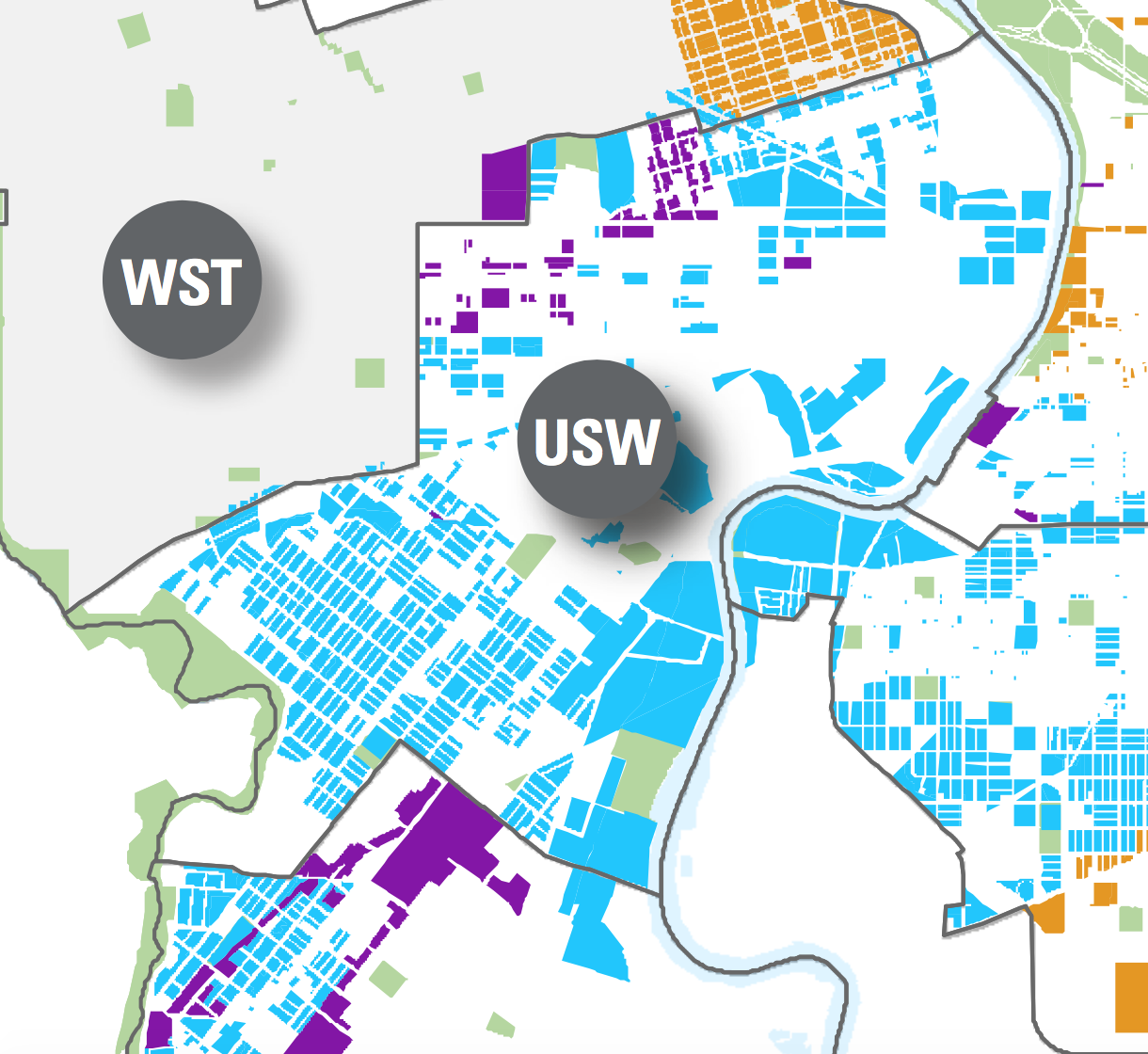 1st District Councilman Mark Squilla has been taking his time remapping the southern part of his District, where, in fairness, the South District Plan was only recently adopted. But the lower River Wards neighborhoods, which are divided among the 1st, 5th, and 7th Council Districts, have been remapped for a while, and the Northern Liberties Neighbors Association has reported they're seeing noticeably fewer variance requests in spite of the still-hot housing market there. 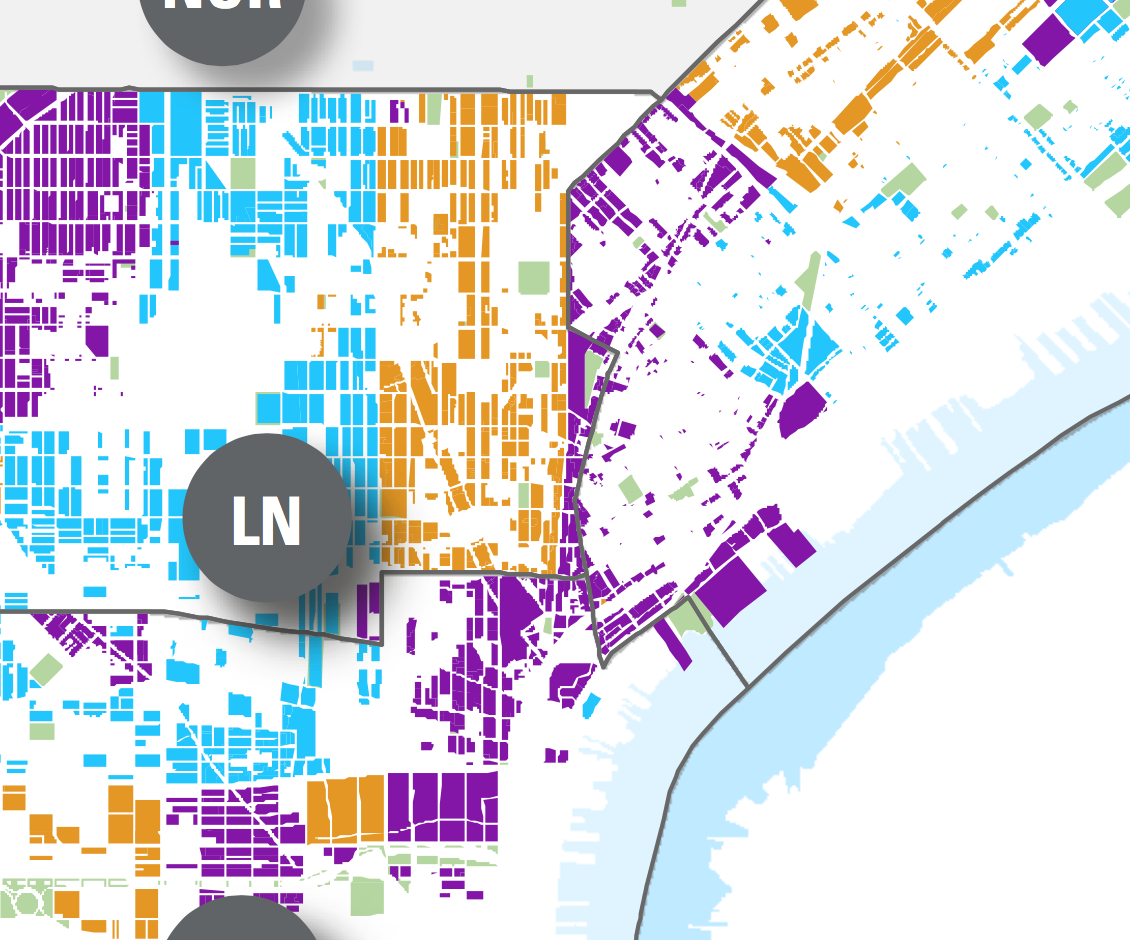 When Jim Kenney was still a City Councilman, he was frustrated with the slow pace of zoning remapping, and in 2014 he asked the Planning Commission what it would take to finish the job within 3 years--by 2017. PCPC Executive Director Gary Jastrzab told Kenney it would take just $3 million for Planning to complete their part of the job.

But Planning really isn't the hold-up. As Jared Brey reported at the time, Council had "only enacted 13 of the 138 remapping ordinances prepared by the Planning Commission since 2011," and there were at that time "around 350 ordinances [left] to prepare."

More remapping activity has occurred since then, but as the August 2016 analysis shows, the job is still only 32% complete, and only another 15% is currently in progress. There's a ton of work left to do, and it mostly hinges on District Councilmembers cooperating with the Planning Commission to approve the already-proposed zoning maps.

As then-Councilman Kenney told PlanPhilly, zoning remapping is a "moneymaker" for the City, because getting those predictable rules in place means more economic activity and more tax revenue.

“[P]ermit issuance, survey district, planning commission—these are all things that generate and move the economy," said Councilman Kenney, "And they need to be funded appropriately, because the more you fund them, the more money you make.”

So the next time City Councilmembers say they want to raise more money for their pet causes, the first question anyone should ask them is whether their District zoning maps are up to date.