How Can Philly Cushion the Blow from New Property Assessments? 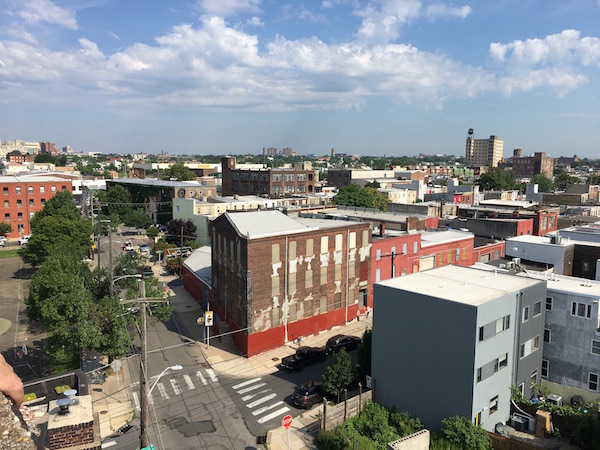 New city real estate assessments will be released on Monday after a 3-year pause on reassessing property, with the Kenney administration reporting a 31% increase in the average property’s assessment.

That’s going to turn up the political heat on a major pocketbook issue for many residents, and it’s important that decision-makers resolve to address that with some thoughtful policy remedies rather than knee-jerk opposition.

Sean Collins Walsh reports the net increase in property tax revenue from the reassessment would be around $92 million next year and $460 million over 5 years, but elected officials are looking at various ways to spend that increase on various forms of tax relief to soften the blow.

Philadelphia is the only county in Pennsylvania that’s not required by state law to conduct revenue-neutral reassessments. In all other counties, the property tax rate must be reduced simultaneously to keep overall revenue the same, and then if elected officials decide they want to raise more net revenue, they have to vote for a rate increase.

That wouldn’t mean everyone’s tax bills would stay the same, since market values for real estate really have increased by a lot in the last few years. Homeowners in Passyunk or Fishtown, for example, might still see net increases in tax bills even if the tax rate came down a little. But it would likely mean a lesser increase in people’s property tax bills than under Mayor Kenney's preferred scenario of spending about $260 million of the property reassessment windfall on wage tax cuts.

Every city tax commission of the last three decades has generally recommended an overall shift toward a greater reliance on property tax revenue to fund city government, and a reduced reliance on wage and Business Income and Receipts taxes, and the net-income portion of BIRT in particular. But in the context of trying to provide tax relief to homeowners potentially seeing hundreds of dollars more a year in property tax bills, a miniscule cut to the wage tax rate is both very expensive to the City and barely noticeable to the beneficiaries of that.

For example, a person earning $50,000 a year would see about a $70 per year reduction in taxes, or about $1.34 a week. It’s also not necessarily providing relief to the same set of people who are seeing significant increases in property taxes, and as Walsh reports, would also entail a small wage tax cut for suburban residents who work in the city and don’t pay property taxes here.

The rest of the Mayor’s proposal is more in line with the sensible steps that past elected leaders have taken to shield long-time residents, seniors on fixed incomes, and low-income property owners from large jumps in property tax bills while still basically aspiring to have an Actual Value-based system of property assessment where the Office of Property Assessments (OPA) marks real estate values to market for tax purposes on a regular basis.

The synopsis of the recent history of this issue Sean Walsh’s article is worth quoting in full for understanding where we’ve been, and what’s happening today.

“Philadelphia has long struggled to maintain a fair and efficient system for regularly reassessing property values. After decades of case-by-case exceptions leading to a wildly unfair assessment map, former Mayor Michael A. Nutter’s administration implemented the Actual Value Initiative in 2014, simultaneously reassessing all properties for the first time in decades.

But problems have continued at the city’s Office of Property Assessment. The latest reassessment has been paused since 2019 as the city struggled to implement its new Computer Assisted Mass Appraisal system and encountered delays caused by the pandemic.

The delays forced Kenney to omit proposals on tax rates from his March 31 budget address because the city could not yet say how much property tax revenue it expected to generate. Council initially planned to hold hearings on the reassessment in early April, but the administration requested a delay to finish the valuations.”

In response to the first round of Actual Value Initiative reassessments, Mayor Nutter, City Council, and the PA state legislature put into place a series of targeted tax relief programs that could pass muster with the Uniformity Clause in the Pennsylvania state constitution which often emerges as a legal barrier to more targeted tax policy ideas.

Those include the Homestead Exemption—the largest real estate tax abatement program by dollar amount—the senior freeze, and the Longtime Owner Occupant Program (LOOP). A 2020 paper from researchers at the Philadelphia Federal Reserve found that altogether, these programs mostly succeeded in heading off resident displacement from rising property taxes. That’s an accomplishment that members of City Council can feel good about, and moving forward, it suggests an agenda centered around doing more of what’s already working and making improvements to it, rather than throwing the whole framework out the window.

That isn’t to say everything is working perfectly, and there are some known areas where these programs fall short. For one thing, Philadelphia has a much larger percentage of low-income homeowners than is typical of other big cities, and many of these properties have tangled titles where the current resident may not be on the deed, which blunts the reach of these tax relief programs. Recorder of Deeds Tracey Gordon has made fixing this a major priority of her office, but there’s a lot more to do.

Also, for various reasons, it’s also not been possible to automatically enroll everyone who may be eligible for the programs, so they rely on homeowners to actively opt in. Something City Council might consider proposing as part of any tax relief package would be a targeted marketing campaign with an experienced operator like Benefits Data Trust to identify and enroll more eligible people.

There are also some more discussions worth having about how to structure the various eligibility thresholds. Mayor Kenney’s initial proposal recommends raising the Homestead Exemption cut-off to exempt the first $65,000 of property value, up from the current $45,000. That deserves some more debate regarding the potential cost and other unintended consequences. Meanwhile, the LOOP program applies only to people who bought their homes 10 years ago or more, and only kicks in when there’s a 50% increase in assessed value in a single year. People in slightly less extreme circumstances than that don’t qualify but may still find themselves cost-burdened by, say, a 45% jump, and decision-makers may want to consider options to avoid such hard cut-offs.

One other issue we’ve been made aware of is that the City is way behind in updating tax, water, and PGW accounts after homes have been sold. There are a number of downstream impacts of this and one of the biggest is that people who bought homes in the last year might have a hard time appealing their assessments if OPA is showing that their home’s seller is still the owner. (If you bought or sold your home in the last year, it’s worth checking on the OPA property search site to see who is listed as the owner. Send us an email if the seller is still listed, at [email protected])

While not operationally perfect, though, the existing mix of tax relief programs isn’t so far off the mark, and the debate we need in City Council would feature more sober discussion about fixing the deficiencies—not grandstanding or blaming OPA for recording high assessment numbers in a hot housing market.

Previous City Councils have been more-or-less up to that task, although it is worth noting how recent of a phenomenon it is that Philadelphia homeowners and elected official are dealing with the politics of rising property values and consequently taxes.

It’s only been in the last 20 years that average Philadelphia home values have appreciated at all and for the first 10 of those 20 years, we were using the pre-Actual Value Initiative system that was rejected in a court appeal, setting the stage for AVI. Property tax bills have really only gone up when homes have been reassessed post-AVI, so for those residents and elected officials with longer memories of this, there’s no baked-in expectation that houses will regularly increase in value, and especially not by the amounts that have been the norm during the last decade.

And OPA hasn’t done itself any favors either when it comes to engendering trust in their competency, as the Controller’s office has demonstrated a trend of OPA's assessments becoming less accurate over time, particularly with respect to valuing land. The new CAMA system that Walsh mentions should hopefully improve OPA’s record in that regard, but it’s not clear that more brutally accurate assessments are really going to make anyone any happier, and in many cases the opposite may be true.

As the full data is eventually released, we’ll continue following this story and look for ways to cut through some of the noise, which we can all expect to get a lot louder after the new numbers are posted to Atlas on Monday.