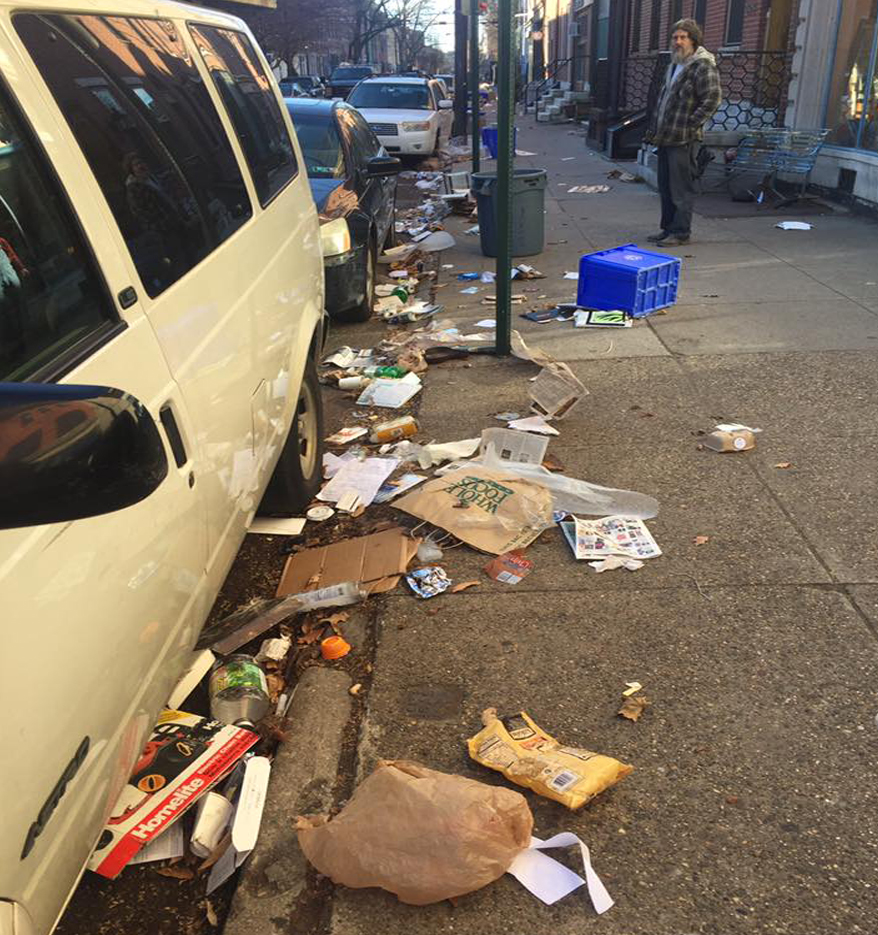 The announcement is a small positive step in the right direction, mostly because it means the Mayor is feeling some heat in response to his admission on the same program a few weeks ago that political squeamishness is all that's holding this back.

But while it's good that Kenney's all-but-abandoned campaign promise to sweep the streets is nominally back on the agenda, clues from today's show suggest we're in for more of the same hyper-timid incrementalist approach taken so far, which won't come close to fixing the problem.

What Will the Pilot Do?

We don't yet know the exact details, but Ryan Briggs reports that this isn't going to be a pilot in the sense of a citywide rollout to test how the full program will work for a few months. There's going to be a "target area"—likely a neighborhood or two—that gets swept for some period of time.

“Right now we are looking at a possible pilot program, hopefully in the spring,” Esposito told WHYY Radio Times host Marty Moss-Coane during Wednesday’s show. “We are putting it together with the cabinet, Managing Director’s Office, the Streets Department and the administration. We’ll see what that looks like, there will be more details to come.”

Esposito said that the city has not yet selected a target area for the pilot.  The official announcement of the program will come from Kenney, Esposito said.

The on-air announcement comes a week after Kenney told Radio Times' Moss-Coane that the city was exploring the restoration of “some form of street cleaning” after nearly two decades without a regular, citywide street cleaning program.

We don't know whether the pilot will involve mechanical sweeping or manual—a question with big implications for the program's cost—or whether alternate-side parking rules will be introduced to allow sweepers to get at the curb residue. Even less clear is what criteria will be used to determine the pilot's success, and how and when it would be scaled up to cover the whole city.

Suppose the administration pilots a version of the program that doesn't require anyone to move their vehicles, and then determines that it made only a minimal impact on street cleanliness. How will they determine whether the issue is that they piloted an ineffective version of the program, and the introduction of alternate-side parking is really needed to make it work, rather than that the whole program was ineffective?

Another cause for concern about the possible pilot program is we already see the administration going into this half-heartedly, seemingly determined to prove it's not going to work. In the same interview where he's announcing some minor forward motion on street sweeping, Esposito keeps making the case for why he doesn't think it'll make a difference.

Kenney had promised to restore citywide cleaning during his 2015 election campaign and formed the Litter Cabinet to make good on that pledge. Since, Esposito has maintained that street sweeping is “not a silver bullet” for the citywide litter problem.

“We could sweep and then two days later it will go back to looking like it did,” he said.

Likewise, there's just no alternative to constantly sweeping the streets. If the streets get just as dirty again two days later, that just means we need to send the sweepers around every few days. Where I used to live in New York, alternate-side parking rules were in effect 4 days a week—Monday and Thursday on one side of the street, Tuesday and Friday on the other. It's just what cities have to do to keep the streets clean. This might seem less fun or prestigious than making data tools or YouTube videos, but it's what's working everywhere else.

That's what makes the overall pilot approach for this so crazy-making. Philadelphia is the only large U.S. city without a municipal street sweeping program. This is a solved problem everywhere else. There's no need to pilot the concept of whether a municipal government is capable of cleaning its streets on a regular schedule because every other big city has already proven the concept. There isn't anything that makes Philly unique, in any regard, except for maybe the clinical level of paranoia our elected officials have about challenging our parking complainers, who also aren't any different than the parking complainers in other places.