To Prevent Council Land Shenanigans, We Need to Change the City Charter 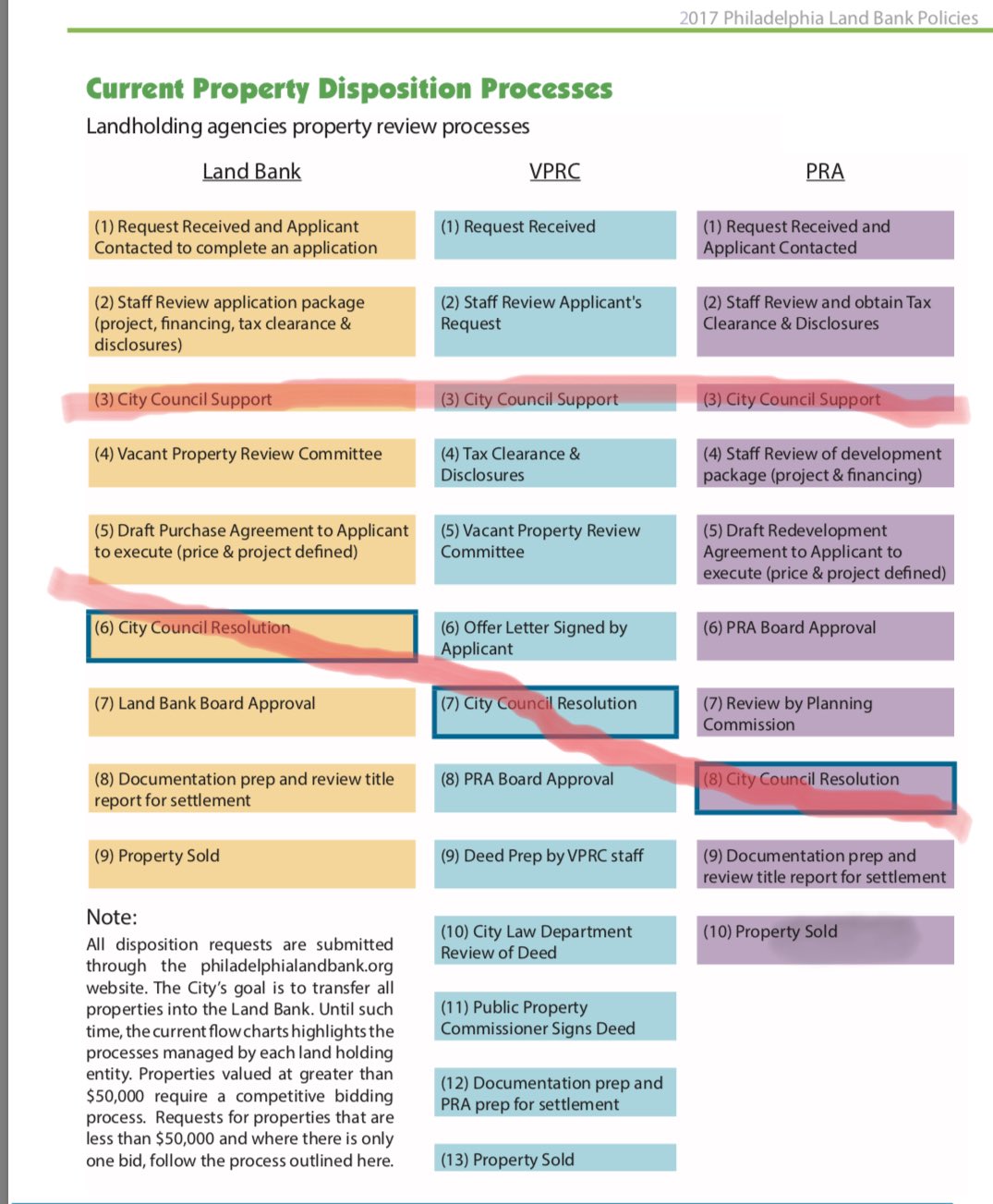 The recent revelations that 2nd District Councilman Kenyatta Johnson has now been caught twice steering city-owned land to a campaign contributor—both times to the same. exact. guy.—has led to calls from some observers to end the informal legislative tradition known as Councilmanic Prerogative, which allows District Councilmembers to unilaterally control land use matters in their Districts.

Today's Inquirer editorial is the latest entry in the genre:

For decades, the 10 district Council members have controlled city-land transfers and zoning variances, under a practice known as "Councilmanic prerogative." Their leverage comes from the tradition of letting district Council members introduce a legally required ordinance to transfer public property in their districts. But any member of Council can sponsor the bills. The practice persists because the seven at-large members and administrations go along with it [...]

The mayor and Council should end the archaic and unfair practice of Councilmanic prerogative. Inspector General Amy Kurland should also get on the case and release her full findings to the public. The FBI has already asked for documents on this deal.

But this practice also requires a major policy change. Council President Darrell Clarke should make it his prerogative to speak up about how he's going to change the system.

The problem that a lot of these takes have in common is that they lack any kind of operational theory of how to end Councilmanic Prerogative, which isn't actually written down anywhere. The way it works is that District Councilmembers informally agree to vote as a bloc all the time to afford one another absolute individual discretion over land use matters in each individual district.

If Councilman Johnson wants to sell a particular piece of land, all of the other nine District Councilmembers will vote the same way as him on that ordinance. If Councilman Mark Squilla wants to rezone a campaign contributor's land for a by-right Carvana used car vending machine, every Councilmember will vote the same way as him too. In turn, those District members will vote in lockstep with other District members on their own local projects, regardless of their personal feelings about those projects.

This all works because the ten District Councilmembers outnumber the seven At-Large Councilmembers, so the At-Large members couldn't override a Prerogative vote on a land deal or rezoning even if they all wanted to. The Inquirer editorial board says "the practice persists because the seven at-large members and administrations go along with it" but this is wrong. While it's true that you never usually see any At-Large members taking a principled stand against Prerogative, they'd just be outnumbered in the end if they did, ultimately.

Again, this system is all based on informal norms and a sense of tradition and deference to local opinion, and it isn't directly codified in the law anywhere that things have to work this way. So it isn't as simple as passing a law to stop it, because it isn't even the law now.

Rather, there are a number of different intertwined factors related to how our local government is organized in the City Charter that make Councilmanic Prerogative such a durable tradition, and if we want to scrap or alter Prerogative, then those are the levers we need to start pulling on.

The problem with the Charter that's most relevant to the Johnson land scandal is that it requires a City Council ordinance to sell any city-owned properties. This Charter language is the crux of why City Councilmembers are still able to steer land sales to cronies through the Vacant Property Review Committee—the committee that misreported to the Redevelopment Authority that there was only 1 interested buyer in the Johnson case, when really there were 16— and it's why the agencies that end up having to do District Councilmembers' bidding even when there's nominally an administrative process in place for handling this stuff.

This is obviously a difficult lift politically, since City Council would have to vote to put the charter change language on the ballot. Voters can collect signatures to force Council to vote on putting said charter change on the ballot, but it's unlikely that it would win a Council vote with the current members in place. But it's worth at least being clear about what the solution is so that people who want to change the status quo can approach the issue with a clear-headed sense of what enables it.

While Mayor Kenney's response to the Johnson land scandal in PlanPhilly is a positive step forward for acknowledging the root cause is Councilmanic Prerogative, Kenney continues to obscure the issue by saying “Councilmanic prerogative will only be ended by Council. What you have is a political dynamic where the 10 district Council people will not vote against what another district Council person says in terms of a development or property or land distribution.”

That's factually correct, but it's also too vague and fatalistic. People in positions of influence who want to see this changed aren't helping when they don't talk about the institutional factors, enabled by the Charter, that allow this dynamic to take place.