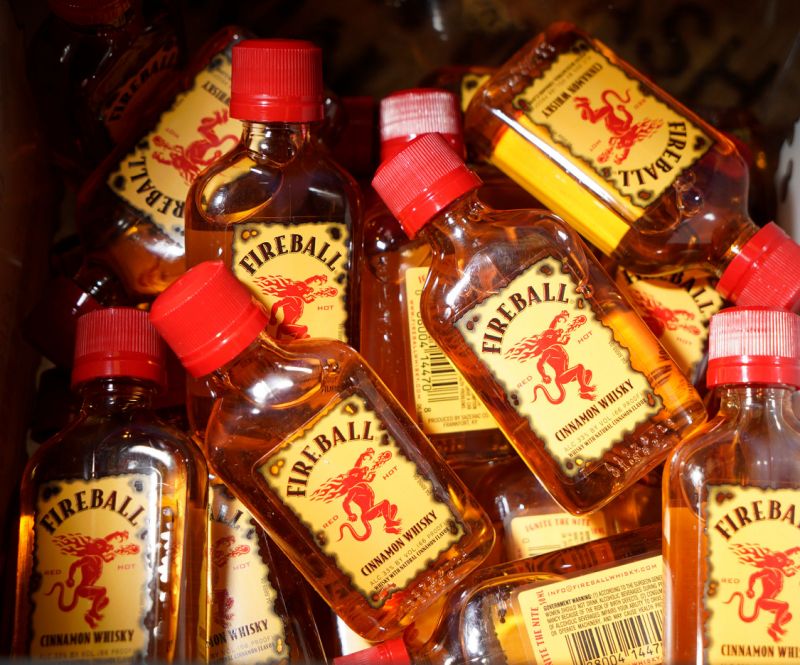 (Why is this allowed? | Photo: Gregory Rec/Yahoo Finance)

The 2019 annual report on Pennsylvania alcohol sales from the Pennsylvania Liquor Control Board found state residents bought 3% more wine and spirits than last year, for a total of $2.5 billion. That's been celebrated by some as good news for the state budget, which it is, but a big increase in alcohol consumption is also bad news for public health overall, and this tension goes to the core of why it's such a conflict for the state to be both the seller and regulator of alcohol.

Just like how housing can't both be affordable and a good investment, the state's Liquor Control Board can't both be trying to increase alcohol sales while fulfilling its role regulating the harms of alcohol, which should lead them to try and reduce the consumption of booze. Because just like how American housing policy always tends to resolve the tension between affordability and home investment returns on the side of expensive housing, the LCB always seems to resolve its own internal mission conflicts on the side of maximizing tax revenue, at great cost to the public health mission.

As just one example, would a state that was truly concerned about the public health harms of excessive drinking and alcoholism even allow 99-cent bottles of cinnamon whiskey to be sold anywhere at all, much less preside over a 273% year-over-year increase in sales of that type of product?

"Pennsylvanians bought more than 5.5 million mini airplane bottles of Fireball Cinnamon Whisky last year, making it the top-selling product sold by the state's Liquor Control Board. The 99-cent bottles of cinnamon whisky had an explosive year in Pennsylvania, with a 272.8% increase in sales year-over-year. Fireball, owned by the Sazerac Co, dropped its "Party Bucket" in summer 2018, which held 20 of those spicy 50-milliliter bottles."

The political significance of this is that the story the LCB and its supporters use to justify the state monopoly is based on a vague public health argument about the allegedly superior ability of the LCB to prevent the harms associated with alcohol like binge drinking, alcoholism, drunk driving, and access by minors. And it would be a pretty compelling argument if there was any evidence that Pennsylvania was outperforming our neighboring states in harm reduction in any of these areas. But in reality we aren't doing any better than any of our bordering states, particularly on key metrics like binge drinking.

While it's true that Pennsylvania is a very heavily-regulated state when it comes to alcohol, most of the regulations fall into the category of anti-competitive regulations meant to inhibit private alcohol sales, limit the number of bars and restaurants, and things like that. But when it comes to the kinds of state interventions that would really make a difference for public health—bans on alcohol marketing, requiring breathalyzer technology to be installed for vehicles to pass registration, tougher penalties for drunk driving, or higher taxes (or bans in some cases) on the kinds of products known to be abused the most by alcoholics and problem drinkers—there's not much to see.

There are very few actually-effective harm reduction or public health policies layered on beyond the generally high taxes on wine and liquor, and even on the tax front, the beer tax is significantly lower than in many of our neighboring states, while the 18% Johnstown Flood Tax on liquor remains in effect. Liquor taxes are also applied to price instead of gallonage, which has the effect of making the lowest-quality alcohol that's most likely to be abused the cheapest kind. If we were actually serious about public health though, we'd probably tax cheap beer and cheap liquor at the highest rate, but we don't because the tax choices have no relationship any health-maximizing goals. At a minimum, the LCB should zero out its marketing budget since at the very least they shouldn't be trying to promote more drinking than is already happening organically.

The arguments for strict regulation of alcohol in Pennsylvania are strong, but the idea that this requires a state monopoly—and specifically the existing program of the state monopoly as it's currently carried out, where it's both the marketer and the regulator—is a non sequitur, and the perception that alcohol is being very heavily regulated here unfortunately only serves to mask a pretty weak underlying set of public health policies.

Just for fun, we broke down the report's county breakdown of alcohol sales further into per-capita numbers, to give a better sense of where the booziest counties are. Allegheny County, despite having a smaller population than Philadelphia, spent over $300 million more than Philadelphia on wine and spirits. But in per-capita terms, Allegheny comes in second to Montgomery County, followed by Bucks, Chester, Monroe, and Lehigh.