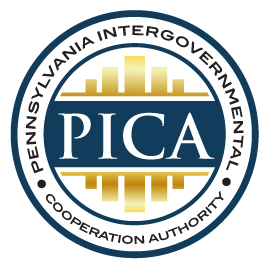 The Inquirer editorial board flags an important issue that will be decided during the next Mayor and City Council, which is whether or not to renew the Pennsylvania Intergovernmental Cooperation Authority—better known by its acronym PICA—which is set to expire in 2023.

PICA is an independent fiscal watchdog that was created by the state in the early 90's as part of the maneuvers to prevent the City from going into bankruptcy. Philadelphia was issued $1.1 billion in state-issued bonds, and as a condition, the agency was created to oversee Philadelphia's finances and make recommendations.

Their main job these days is reviewing and approving the City's 5-year financial plans, but they also provide critical financial analysis of the pension fund, and the performance of different city departments. For instance, one recent analysis commissioned by PICA in September 2019 identified opportunities to save around $7 million by reducing police court overtime costs.

As the editorial board notes, there's one school of thought that says since Philadelphia's finances are much stable today than they were in the 90's, it could send a positive signal to let the agency expire when the state-issued bonds are paid off in 2023. But they ultimately lean toward keeping PICA around for longer because having an independent fiscal office is a useful service that helps hold city government accountable for using tax dollars responsibly. They also point out the fascinating debate just around the bend about what to do with the PICA portion of the wage tax once the bonds are paid off.

PICA’s end could be a chance to increase Philly’s competitiveness by reducing the city wage tax, currently the nation’s highest. Nearly half of the 3.88 % tax imposed on the wages of city residents goes to PICA for debt payments on the $1.1 billion in 30-year state-issued bonds that helped Philly avoid bankruptcy. The debt will be paid off by June 30, 2023, but the city has come to depend on tens of millions from the levy’s PICA portion to fund city operations. So larger policy questions — such as coming up with an overall tax strategy — would have to be worked out before any substantial wage tax reduction could be seriously considered.

But we’re not there yet. There is time to ensure that the much-needed conversation about the future of PICA includes the future of the wage tax as well.

There are some key PICA-adjacent conversations happening too about the possibility of creating an Independent Fiscal Office which might be able to play the role that PICA does, except without the state oversight part.

And Councilmember Allan Domb is proposing a wage tax rebate for low-income Philadelphians that could cost around $43 million a year. This is a workaround for the state "uniformity" clause, which has been interpreted to require flat taxes in Pennsylvania. Philadelphia's wage tax is therefore designed as a regressive flat tax that applies the same tax rate to people of all income levels.

Giving people below the poverty line a targeted wage tax rebate is one way to try and approximate a progressive tax system using the primitive tools we have, but it also depends on there being an overall level of revenue to cover the expense.

Additionally, there are serious fiscal challenges ahead from rising pension costs, city government's school funding obligations, and the possibility of a greater share of SEPTA funding falling to local governments after 2022 when Act 44 sunsets.

Philadelphia is in a much better financial position than it's been in recent history, but between the legacy obligations coming due and elected officials' more aspirational spending goals, finances are going to be a limiting factor, and either PICA or a PICA-like fiscal office will increasingly be necessary to keep things grounded in reality.