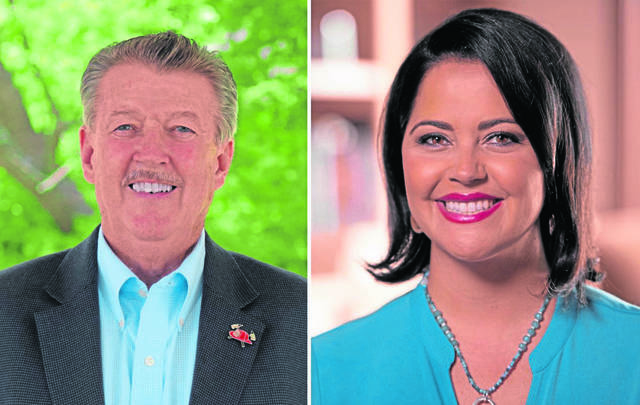 Democratic Senator Jim Brewster of Allegheny County had a very close reelection fight against challenger Nicole Ziccarrelli, ultimately prevailing over her by 69 votes after a court fight over whether to count certain mail-in ballots which was decided in Brewster’s favor.

But even after the court decision, Republican leadership had refused to seat Brewster, and even flirted with the idea of defying the court, depending on the exact wording of the judge’s order. At issue was whether the federal judge would rule on the merits of Ziccarrelli’s case, which concerned the different treatment of mail-in ballots in two counties in the district, or if it would be dismissed as a state issue. Senate President Pro Tempore Jake Corman had suggested earlier this week that if Judge Ranjan did not address the merits of the case, the Republican Senate would consider seating Ziccarrelli, even though she won fewer votes than Brewster.

In the end, Judge Ranjan did rule on the merits of the case and upheld the state Supreme Court’s decision, writes Stephen Caruso.

“Ranjan upheld the state court’s ruling Tuesday and said the contested ballots should be counted.

“The correct interpretation of the Pennsylvania Supreme Court’s decision on Ms. Ziccarelli’s state-court appeal is that the challenged ballots are valid and may properly be counted,” Ranjan wrote. “This causes Ms. Ziccarelli’s federal claims to fail on the merits.”

Ziccarrelli also made her case in a petition she filed with the Senate on Jan. 1, contesting the election results and asking the Senate to declare her the winner of the 45th District race.

The Senate Republican caucus cited that petition and Ziccarelli’s court case as the reason for blocking Brewster from taking his oath of office during the Senate’s biennial inauguration ceremony last week – a stance that led to a chaotic shouting match as Democrats insisted the Republican majority recognize Brewster as the winner.

Corman also implied that the Republican caucus would consider granting Ziccarelli’s petition and deny Brewster the seat if Ranjan didn’t rule on the merits of her federal case.

This race was the last race to be decided, and the outcome determined whether Democrats would lose one seat in the state Senate in the 2020 election cycle, or whether the partisan distribution would stay the same at 28-21.

While it’s encouraging the state and federal courts were able to produce a democratic outcome in this case, the Republican legislators’ activities are part of a disturbing trend among factions of the Republican Party toward antidemocratic means of accruing power. The insurgency action last week was attended by many state lawmakers, including a few from Pennsylvania. And it’s not just the fringe members±—recall it was Senator Corman musing about appointing state electors to vote for Trump in The Atlantic’s “The Election That Could Break America” article from this fall.

Between the Brewster case, the judicial gerrymandering, and the proposals now out there for rolling back Act 77’s expanding voting access provisions, state Republicans seem intent on regaining power by changing or flouting the rules, and limiting voter participation, rather than by pivoting to more popular issues that could win them broader support.

Stay in the loop on this issue and more by signing up for our weekly email newsletter, covering city and state politics and policy in Philadelphia and Pennsylvania