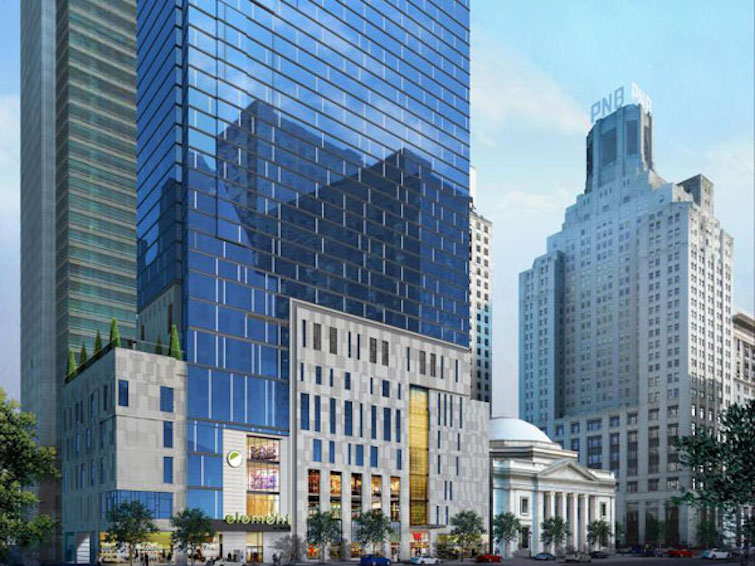 The ordinance creates a “Headquarter Hotel neighborhood improvement district” covering a single parcel – the future site of W and Element hotel projects. The NID would allow banks financing the project to place a lien against the development, which one estimate placed at $280 million, if benefits from a separate $33 million tax incentive deal underpinning the development fail to materialize.

As we explained previously, this bill is essentially a clever new way to underwrite Philadelphia's high construction costs, rather than address any of the underlying cost drivers that impact all developers, small and large.

Philadelphia hasn't historically used Tax-Increment Financing as a development subsidy to the same extent that some other cities do (Chicago, most notably) so it will be interesting to see if this bill spurs any copycat deals.

The other bill we've been tracking, which would have established a Business Improvement District in the Italian Market, is currently dead, but Councilman Mark Squilla and BID organizers are hashing out a plan to save the effort, according to a report from Cassie Hepler at the Free Press.

They're cutting out some of the blocks where BID opponents own property in order to get in under the 33% opposition threshold that sunk the first attempt.

Councilman Mark Squilla would like the bid to happen and is resubmitting a new plan,” said Association Manager Michele Gambino. “The new plan will be different from the other plan as it is taking objections into consideration where we believe the bid will pass.”

Gambino hinted that geographic concerns is one of the key issues.

“Just for example, let’s say if 10 percent out of 100, or 25 of those people came from A Street, we would reform the plan and take it out of the plan. With those objections, we can look at them from a numbers game and more geographically and disregard those blocks and lose that part of the plan and objections. You can only have roughly 33 percent objections and a lot of objections were geographic in nature. The people in this block found it was not helpful to them. We want to talk to everybody and ask them what is the true reason for objecting,” said Gambino.

This is a smart strategy, but hopefully it won't hurt the revenue projections too much. The 9th Street BID was already set to raise toward the lower end of what other city BIDs raise, so while cutting out the opposition fixes a short-term political problem, it also risks creating a longer-term political problem where the BID's capacity is so low that local business owners don't see what they're paying for and stop supporting it.