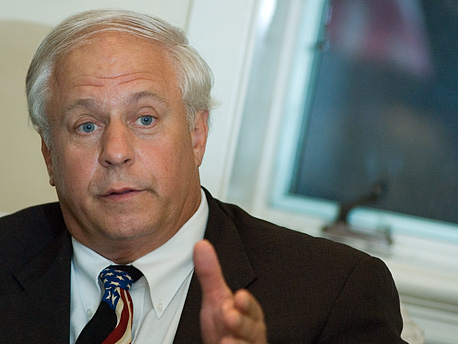 This was all too P.C. for Republican At-Large Councilman and PPA board member Al Taubenberger, who leapt to Fenerty's defense this afternoon to excuse the affair as little more than "a high school puppy love situation."

"Can it be interpreted as harassment? Absolutely, because she felt uncomfortable," Taubenberger told the Inquirer, "She brought it to the proper authorities, but always saying very clearly - very, very, very clearly - all I want is this to end. I want to work with the people I work with. And that included Fenerty."

The problem with Taubenberger's "high school puppy love" analogy, of course, is that Vince Fenerty is not a high school boy, but rather a grown-ass man with no conceivable excuse for making unwanted sexual advances on an employee.

Taubenberger apparently still sees a lot of gray area and room for interpretation, despite the fact that an independent investigator concluded Fenerty's behavior did constitute harassment, and this was not a relationship of consent. To help the Councilman out, we put together a flow chart to help him understand acceptable workplace conduct. 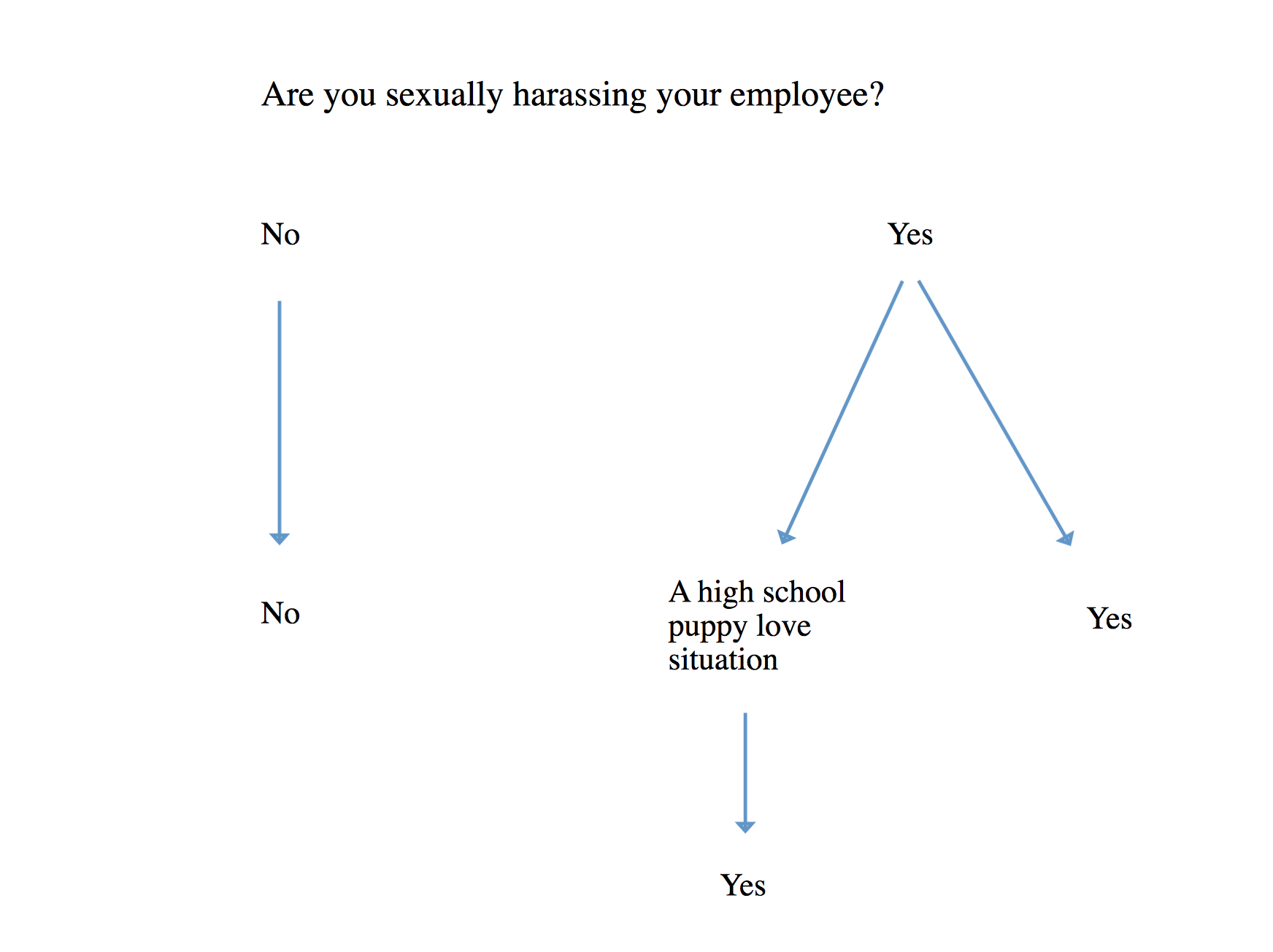 As Mike Newall reported, Fenerty "engaged in a series of unwanted and repeatedly discouraged sexual advances," including "inappropriate touching and other untoward, unprofessional conduct."

Taubenberger told Inquirer reporters Tricia Nadolny and Julia Terruso point-blank that sexual harassment should be a fireable offense, but hey! this is his buddy Vince and we're all human, or something.

"It is," Taubenberger said. "But ... we're all human beings, you have to make a judgment call on how serious was it?"

Not too serious, according to the judgment call the Parking Authority board made. They didn't fire Fenerty from his cushy $223,000 a year gig at the state-controlled Authority, but they did make him pay back the PPA the $30,000 cost of the investigation and stripped him of essentially all of his executive powers.

Following the investigation, Fenerty was stripped of his ability to hire, fire, promote, transfer or give raises to employees without approval from a three- person committee. He also is not allowed to go on overnight work trips with other employees without permission from his board. To spend the night, he must submit a list of who else is going.

If Fenerty will no longer be doing most of the PPA Executive Director's job responsibilities, it's not clear why the taxpayers are still going to pay him $223,000 a year. A new Director could do all of the job responsibilities for that very generous salary.

If you agree that sexual harassment shouldn't be tolerated at the PPA, sign our petition calling on the Philadelphia Parking Authority board to fire Vince Fenerty and send a clear message that women have a right to a safe and professional work environment.