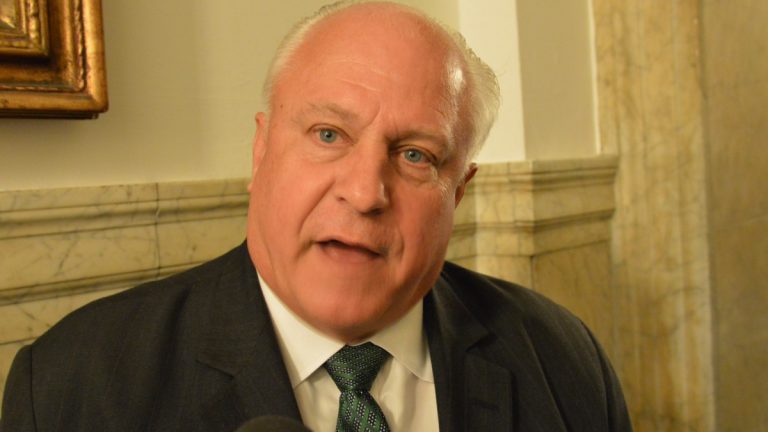 This is some important context, on this Throwback Thursday, to revisit At-Large Republican Councilmember and PPA Board member Al Taubenberger's reaction to the harassment scandal after a few news cycles of elected officials condemning Fenerty. As Julia Terruso and Claudia Vargas wrote:

"High School puppy love" or "reign of an unchecked tyrant?" They can sometimes be tricky to distinguish. But with four harassment claims against Fenerty in only two years, anyone with some basic professional judgment would have voted to fire Fenerty the first time around. Taubenberger later apologized for his choice of words, but denied knowing about any other incidents of harassment, even though he was serving on the PPA board the last time Fenerty's harassment behavior came to light.

Through a spokesman, Taubenberger, who is in Germany, stood by his assertion that the board was never told.

"Absolutely not. He had no knowledge of any prior incidents," said Frank Keel. "Had he [known], he would have never voted to retain" Fenerty.

"He had no recollection, no knowledge of any prior incident."

Asked if perhaps Taubenberger simply forgot about it, Keel said, "I find it hard to believe."

The Auditor General's release points out that four current board members—one of whom is Taubenberger—were serving on the board in 2006 when a prior harassment claim had been filed against Fenerty, so the 2015 decision was the second time Taubenberger gave Fenerty a pass.

“First, there were four board members who served in 2006 and 2015. They all developed acute amnesia and forgot about the 2006 sexual harassment complaint and allowed this guy to keep his $223,000-per-year job even after he admitted to sexual harassment in 2015.

“Then, instead of firing him on the spot when someone jogged their memory about the 2006 complaint, they allowed him to resign which opened the door for him to request a $400,497 payout including $109,347 for comp time.

“Whether the PPA board knew about the 2006 complaint is almost irrelevant, because the four who were on the board should have known and they should have factored that into the 2015 decision about the former executive director’s continued employment."

According to the audit, Fenerty's serial harassment of colleagues wasn't even the only scandal where Taubenberger and other PPA board members were asleep at the switch. A sampling:

This looks, and is, bad for everyone involved, and it especially calls into question Al Taubenberger's fitness to serve on City Council.

Someone who was on the board of a public agency but didn't know how much the top official receives in compensation really doesn't have any business having a vote on the City's budget. Similarly, someone serving on the board of a public agency who knew that the hiring and personnel practices were out of compliance with laws and regulations doesn't have any authority voting on employment-related matters (e.g. the inclusion and diversity provisions for Rebuild.)

It's no wonder incoming Controller Rebecca Rhynhart called for the whole PPA board to resign in response to the news, or that Governor Tom Wolf is calling on the legislature to take quick action to return the Parking Authority to local control.