The Case for Unbundling Parking and Housing 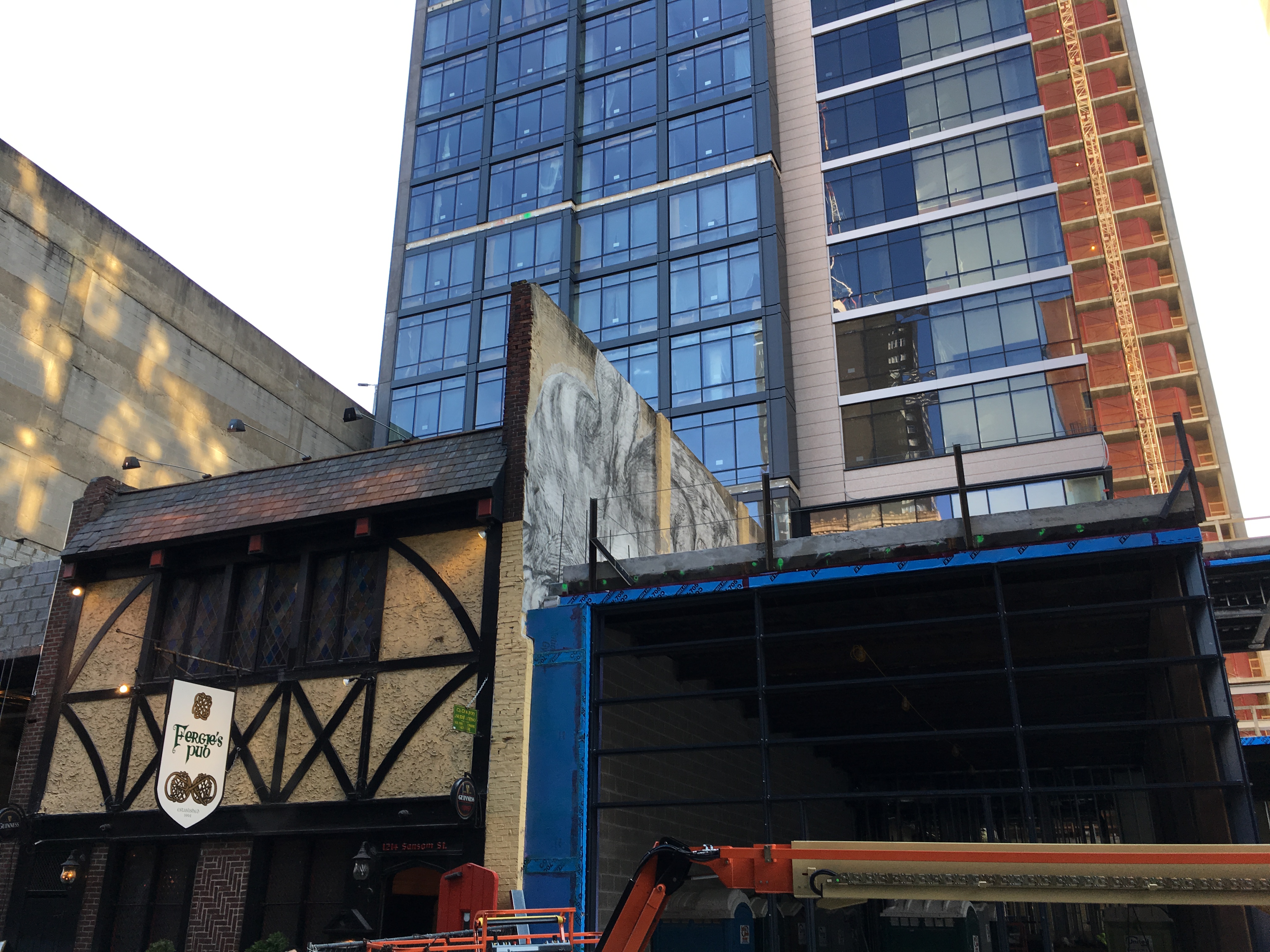 (At 1213 Walnut, you can rent just a home without a parking spot | Photo: Jon Geeting)

Parking is a sensitive subject these days, with a few central and south Philadelphia neighborhoods seeing overnight curb parking occupancy rates nearing 100% or more, and little appetite from our elected officials to address the problem at the source by managing curb turnover. Instead, some elected officials want to approach the problem by increasing parking requirements for new or repurposed buildings in a vain attempt to fix the curb parking crunch. Some new research out of Boston helps illustrate why this approach not only doesn't work, but creates even more problems than it solves.

A study released by the Metropolitan Area Planning Council in Boston this week found that about 30 percent of the parking spaces created in new apartment buildings—which are required by law, just like in Philadelphia—are sitting vacant.

Hart led a team of MAPC researchers on the study, which simply counted how many cars were parked at 189 apartment and condo buildings in 14 cities and towns, between 11 p.m. and 4 a.m. In all, nearly 20,000 parking spaces were counted.

The researchers found empty spaces just about everywhere, with the average building’s parking lot about 30 percent vacant. Buildings with easy MBTA access to job centers, or with more affordable housing, tended to have more empty spaces. Buildings in higher-income neighborhoods, and — perhaps ironically — those that provided more parking per unit, tended to have fewer [...]

Building parking garages is expensive, and unused space devoted to cars can’t easily be repurposed for parks, plazas or larger housing units. Yet officials in many cities and towns, pressured by residents worried about losing on-street parking to newcomers, require new buildings to include a parking space for every unit, and sometimes more.

Such policies ought to be revisited, said Hart, who argues that more on-site parking encourages car ownership and is often not needed, especially in places well-served by the MBTA.

Meanwhile, Boston doesn't charge residents anything to park overnight in overcrowded areas, and the Mayor Marty Walsh recently came out against a Council push to begin charging a nominal fee for residential permits. So just like in Philadelphia, where most people also don't pay a permit fee, the curb parking continues to be over-used while a third of the required off-street spaces in buildings are sitting vacant.

We don't have local data on residential building garage occupancy here, but a few different local developers have commented recently on being stuck with more parking spaces in their buildings than tenants turned out to want. And this is a finding that has been replicated in a few other cities like Seattle, which also found about a 30% vacancy rate. There's a Philadelphia study from 2015, which is getting a little old by now, but nonetheless showed that paid parking lot and garage occupancy was actually declining even as parking facilities were increasingly being redeveloped into housing or other uses.

So adding more off-street parking isn't solving the on-street parking crunch, but it is saddling people who only need to rent housing with excessive rent to pay for parking spaces they aren't using. This can add as much as $400 a month in extra rent costs. As economist Kevin Gillen found in a study for Houwzer, a single parking space can add between $10,000 and $60,000 to the cost of a dwelling, which is ultimately paid by the tenant, bundled into in their rent or mortgage payments.

That's just unfair. Anybody who wants to rent only a place to live, and doesn't also want to rent a parking space to go with it, shouldn't ever be forced to subsidize their neighbors' parking in their rent. This should be the foundational principle that all the rest of our residential parking policies are built on.

Seattle came up with a great way to ensure this doesn't happen last year, by passing a law requiring landlords to unbundle parking costs from rent, and rent those spaces separately to tenants who want them. If the tenants don't bite, they're allowed to rent them to people living outside the building, according to Streetsblog.

Among the highlights is a new rule that would unravel one of the biggest subsidies to driving: “bundling” the price of car parking with rent. Landlords of buildings with more than 10 apartments will now have to charge for parking separately and cannot bundle it with rent.

By giving renters no option but to pay for parking with their apartment, bundling obscures the true price of parking. And parking costs a lot. A 2015 study by King County concluded that parking adds, on average, about 12.5 percent to rents [PDF], fueling the city’s housing affordability problems.

Meanwhile, there’s good evidence that much of the parking in Seattle goes unused. Almost a third of Seattle renters do not own a car, according to the city, and one study found about one-third of the parking spaces at multi-family buildings are not occupied.

With the new rule, renters who don’t own cars won’t be forced to pay for parking spaces they don’t use. (Landlords will be able to rent unused parking spaces to people who live outside the building.)

That last part is key. If renters turn out to want less parking than is currently required by law, and then we take away landlords' ability to pass along the cost of the excess parking they're saddled with, then it's also pretty unfair to force builders to build more parking than they think they'll realistically be able to rent out, since they're taking on all the risk. This is why any future changes to our zoning code should eliminate our remaining minimum parking requirements, rather than double them as Council President Darrell Clarke and Brian O'Neill are proposing to do.

Not only would unbundling parking from housing create better transportation incentives, and protect people who don't need or want parking from being forced to subsidize their neighbors’ spaces, but it would also raise more revenue through the City’s parking tax.

There is currently a loophole in Philadelphia's parking tax law that says when parking costs are bundled into housing, landlords don't have to pay the 22.5% parking tax, but if they charge a separate fee for parking, then they have to pay it. From the City's website:

Can you be excused from paying the tax?

This is a large implicit subsidy for operating a parking garage that is yet another example of the myriad ways that the law subsidizes driving in America.

By requiring unbundling of parking in future multi-family developments, and applying the parking tax to garages across the board, Philadelphia could make a material difference on housing affordability, begin to point our transportation incentives in the right direction, and eliminate a large hidden subsidy for luxury parking that could raise substantial new revenue for city services.