Which Wards Have the Most (and the Least) Competition for Committeeperson Seats? 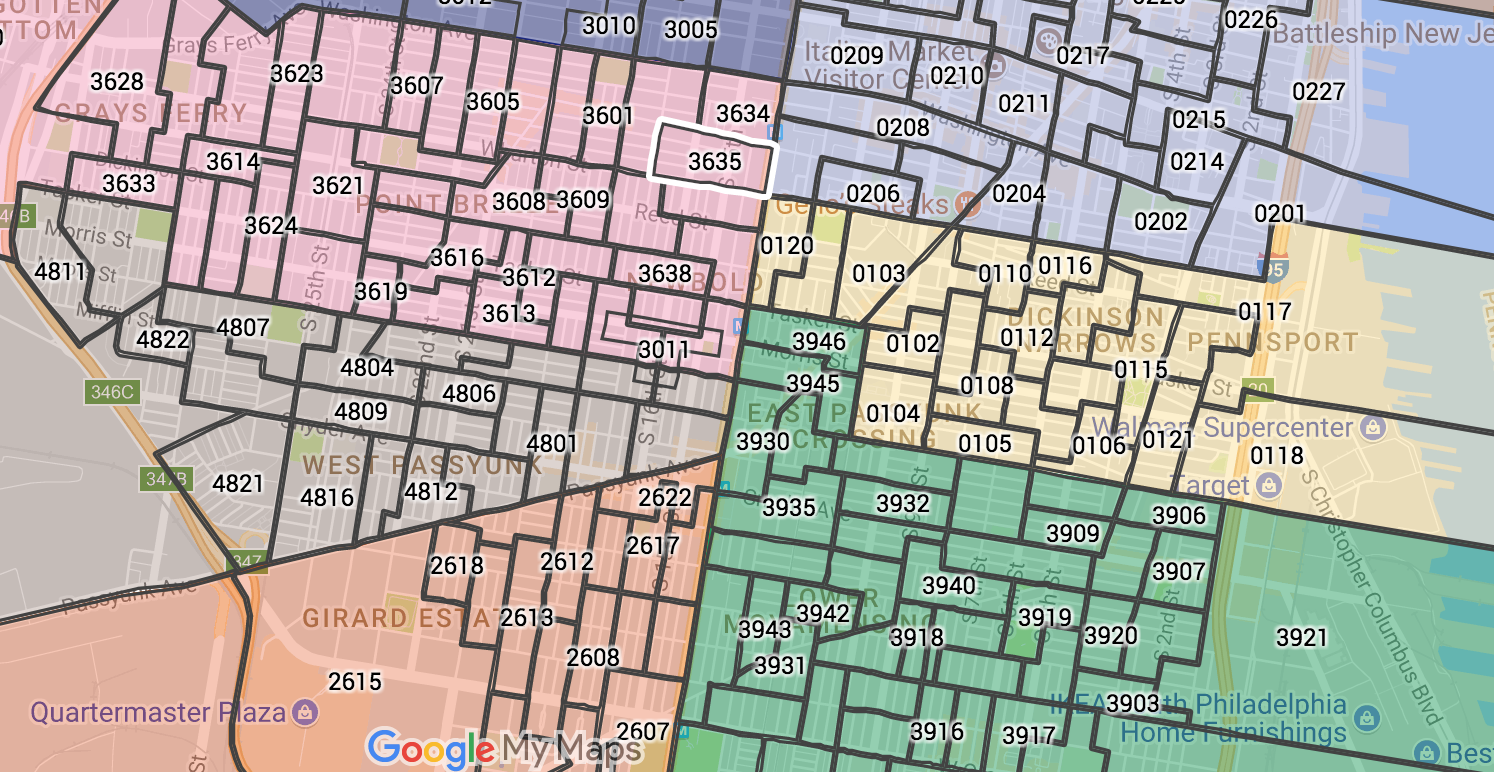 With the committeeperson ballot nearly set, we can begin to identify the wards and divisions with the most intense competitive elections. And we can also start to think about the places that will be ripe for write-in campaigns as we get closer to Election Day on May 15th.

First, a little bit of table-setting. Just under 250 candidates, who live in 43 of the city’s 66 wards, came through our training universe and made it onto the ballot. And nearly half of the all committee person candidates overall are challengers. We’re not sure exactly what benchmark people had in mind for this process, but from where we sit these numbers are very exciting.

With that in mind, we know that some wards are going to have highly competitive races from top to bottom, while other wards are barely going to be able to reach a quorum. It’s fairly easy to identify the wards that most clearly fit into those two camps.

The 2017 municipal cycle saw the Bob Brady-termed “liberal wards” beat up on the “traditional wards,” with Larry Krasner and Rebecca Rhynhart riding to victory largely on high turnout in the more politically progressive parts of the city. Election watchers were interested to see if all that energy would extend into the 2018 primaries for Congress, the state legislature, and the local committeeperson elections. The answer was largely yes, with one major exception.

Thinking about the most basic metric—number of candidates as a function of total seats—we can see that the 10 most candidate-rich wards all average more candidates (2.5+) than they do seats (2). We can also see two clear camps emerge in the liberal vs. traditional divide. 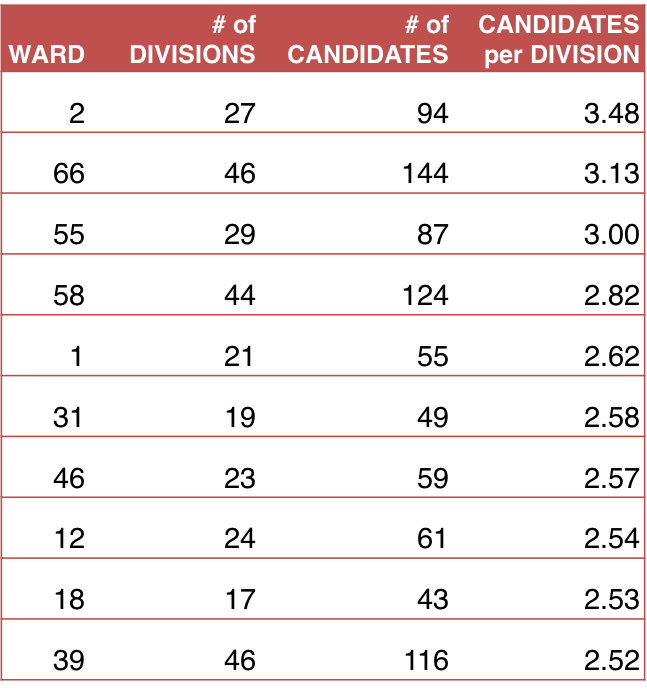 The three largest wards in northeast Philadelphia—55, 58, and 66 (which is split into parts A and B)—together comprise the region with the most robust competitive ward elections. That’s a function of internecine local politics and ongoing power struggles between the area’s major political players. It is probably safe to assume most, though certainly not all, of the candidates running for committeeperson in those races are doing so to support a specific candidate for ward leader.

The other top 10 wards by candidates/seats—1, 2, 18, 31, 39, and 46—are the wards perhaps most emblematic of the liberal ward paradigm. These are the wards covering South Philly east of Broad, the Riverwards, and West Philly around Baltimore Avenue. These are the wards that all saw crazy turnout increases in 2017. The 12th ward, covering part of Germantown, is also looking competitive. 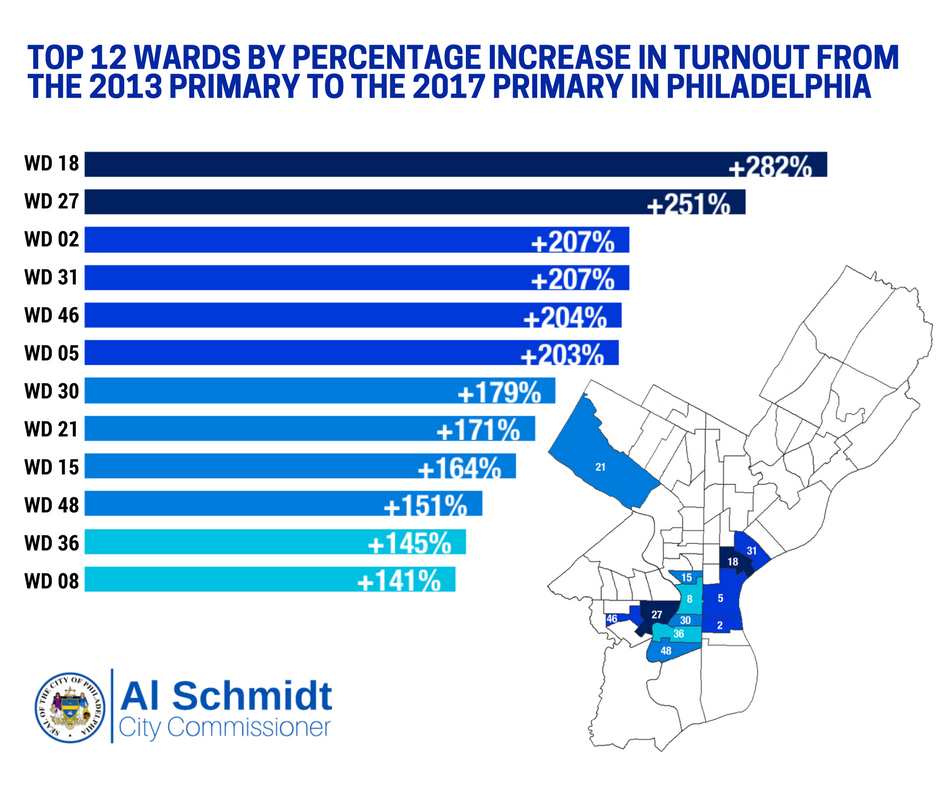 And the liberal plus Northeast dynamic holds when you dig deeper into the numbers and focus more on the competitiveness of the races within the wards. The chart below identifies the percentage of divisions in the ward that have three or more candidates on the ballot. Once again we see that the big three in the Northeast will be highly competitive, as will the 1st, 2nd, 18th, 31st, 39th, and 46th wards. The 12th and 13th wards, covering Germantown, Nicetown, and Tioga, are also showing up once again.

In which wards are we seeing the most highly competitive races, as defined by having the greatest number of candidates filed? When we consider only those races that have four or more candidates per division it's the same suspects that stand out. 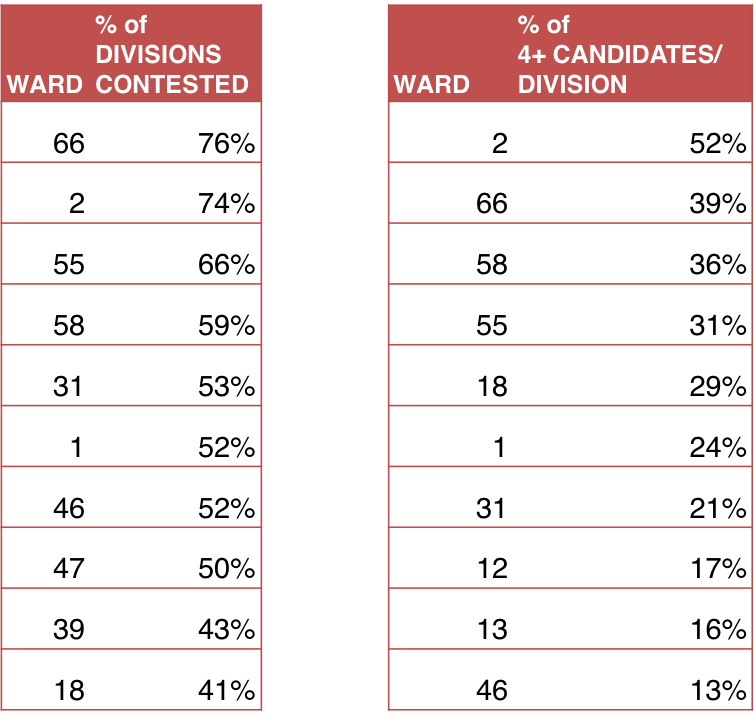 The 2nd Ward is in a class by itself, which is no surprise. Of the seven 6-way committeeperson races on the ballot citywide this year, four of those are in the 2nd ward. Five of the six "liberal wards" we've highlighted made the top ten.

On the other hand, where are the wards struggling to find candidates to run? Notably, 35 of the city’s 66 wards average fewer than two candidates per division. And there are 147 divisions in the city with no one on the ballot.

Looking at the raw numbers, we start to see some clear patterns in the uncompetitive wards. 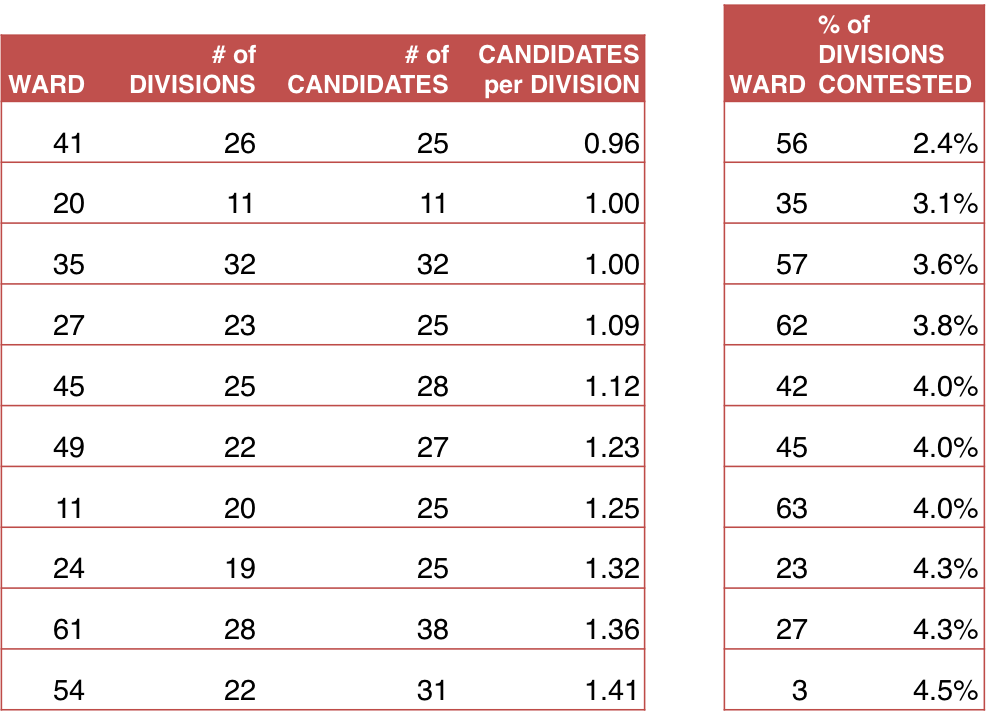 The other way to rate non-competitiveness is to consider how many seats in a ward have one or zero candidates on the ballot. 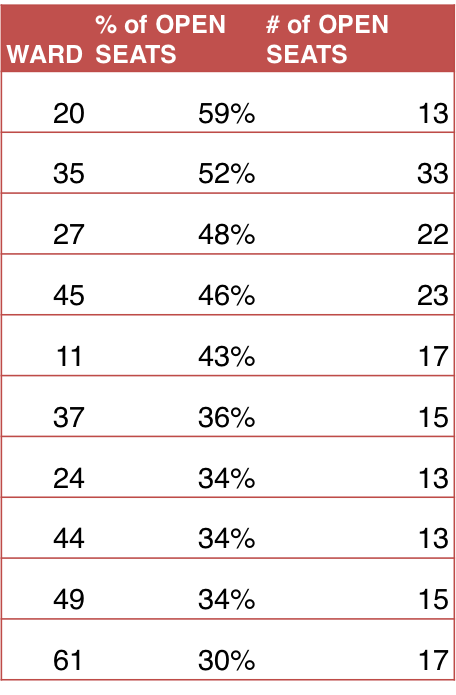 Where are the wards with the lowest participation in this year's ward elections? Overall, eight wards are consistently the least competitive by the three metrics we looked at: 11, 20, 24, 27, 35, 45, 49, and 61. These wards are in the university and hospital-heavy parts of North Philly, the university-heavy parts of West Philly, the lower Northeast, and neighborhoods like Fern Rock, East Oak Lane and Olney, and Lawncrest.

(Of note: the group Millennials in Action has been doing some great work in Olney, so if you or someone you know might be interested in running a write-in campaign there, give them a shout.)

Overall, the city seems primed for some real movement in the wards that started to show some muscle over the last couple election cycles. The next step is getting to work to make sure some new voices get elected.

Sign up to get involved and we'll reach out with more information about how you can help some great candidates get elected in your neighborhood.